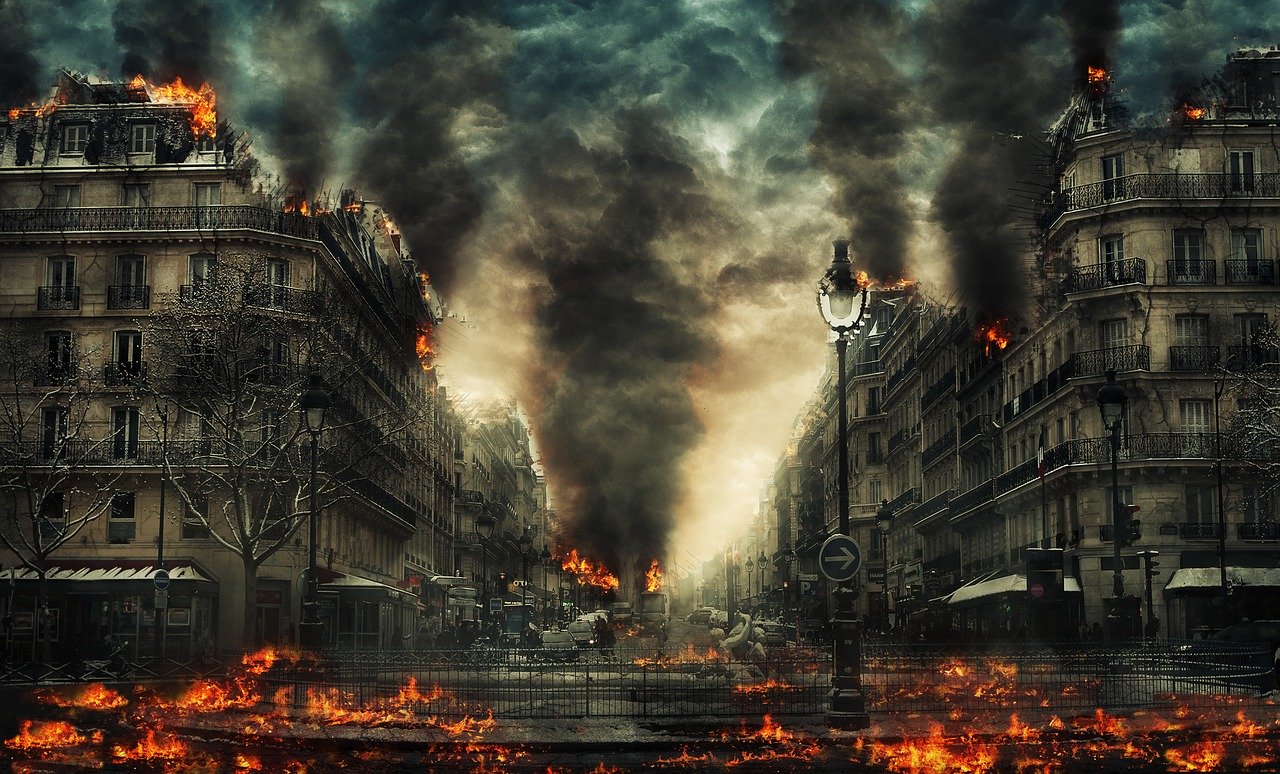 A lot of people have been talking about the end of the world in recent years, and perhaps it’s accelerating with Coronavirus. It definitely sells newspapers and science fiction movies.

“When the end comes, some will not be waiting in a bunker for a savior. They will stride out into the wilderness with confidence, ready to hunt and kill a deer, tan its hide and sleep easily in a hand-built shelter, close by a fire they made from the force of their two palms on a stick.”

I was interested that a New York Times journalist ran a story about a woman, Lynx Vilden, who trains people in Stone Age bushcraft somewhere in the mountains outside Seattle. Many of her clients are expecting the worst for humanity:

“From a purely rational engineering mind looking at the trends in the data, exponent times an exponent, our utilization of natural resources is way beyond the natural carrying capacity of the earth, and we’re seeing that in essentially ecosystem collapse,” Matt Forkin had told me. “In our lifetimes there is a very high chance we will see major social collapse. I do think there will come a time when these skills are practical for a large number of people.”

At the weekend I had a conversation with a friend, Anthony Willoughby, who is a true explorer, visionary and gentlemen. At one point in his career (before China opened up) he even had some kind of retreat centre on the Great Wall of China. [In the future he and I will take some groups out into Mongolia or Kenya to do visioning work and also to learn from the indigenous people there.] He remarked that he’s been to 3 conferences in London in the last week and it was business as usual. Few people in London were wearing masks compared to Asia. The Queen – at the weekend – said she would march on.

I’ve never been hugely nationalistic but I have kind of always admired the Victorian stoicism I experienced being brought up in the UK. When I was at University in London, I remember IRA bombs being detonated around the city, and often we merely considered it an inconvenience. Everything just kind of carried on. This Rudyard Kipling poem “If” is seen as very reflective of British stoicism and actually worth reading in full:

“If you can keep your head when all about you
Are losing theirs and blaming it on you;
If you can trust yourself when all men doubt you,
But make allowance for their doubting too:”

I like the idea of not panicking. But that needs to be balanced by pre-emptive action when it comes to crisis. Ironically, the British Health Minister just contracted the coronavirus and is in isolation. Is it a sign that the West has been too blasé? It’s interesting how some of the Asian nations have tackled the Coronavirus utilising advanced technologies like AI to forecast and monitor outbreaks. Singapore and Taiwan have frequently mentioned as being very adept at containing the outbreaks.

Despite all the anti-Chinese coverage in the Western media of late, I think that the Chinese did a pretty good job in tackling the coronavirus. In fact, all the evidence is that momentum has already peaked out there. I was in touch with an executive at Huawei this week who was hiding in Europe previously, but has just gone back to work at the HQ in Shenzhen. Xi Jin Ping also did a little bit of a ‘mission accomplished’ tour of Wuhan yesterday.

The next few weeks is likely see a big pick up in momentum in Europe, US and the rest of the world as China actually peaks out. Italy has quarantined the entire nation! And this week Angela Merkel told the German Parliament that she expects 60-70% of Germans will be infected with the coronavirus, that is about 53 million people. The approach taken in the West is in stark contrast to many advanced Asian nations.

This article contains a lot of data and highlights how differing approaches could result in much higher levels of infection and even fatality rates. The author in a warning to US/Europe writes at the beginning:

“The coronavirus is coming to you.
It’s coming at an exponential speed: gradually, and then suddenly.
It’s a matter of days. Maybe a week or two.
When it does, your healthcare system will be overwhelmed.
Your fellow citizens will be treated in the hallways.
Exhausted healthcare workers will break down. Some will die.
They will have to decide which patient gets the oxygen and which one dies.
The only way to prevent this is social distancing today. Not tomorrow. Today.
That means keeping as many people home as possible, starting now.

As a politician or business leader, you have the power and the responsibility to prevent this.”

I don’t suggest individuals panic but as Nassim Taleb (one of the world’s leading experts on statistics) tweeted to Elon Musk this week (Elon thinks that the fears are totally overblown), there are times when its useful for a society to panic to avert crisis. It’s going to be fascinating to see how the contrasting approaches play out.

That all said, eventually ‘this too shall pass.’ The coronavirus will not mark the end of the world. I am hearing from well-informed sources that the virus could peak out in April globally. That said, it might return (and mutate) in the next flu season so I think pandemic risk would continue for the rest of this decade, something the WHO has been warning about.

As I’ve written before, the global economy has been at stall speed, and any exogenous shock could easily bring us into a global recession. The crash in markets on Monday highlights that markets are (finally) worried about the risks. Whilst the news flow out of Asia slows a little, I expect the anxiety to heighten in Europe, US and elsewhere. There will be a lot of fear over the coming weeks.

However, I think that as numbers peak out in the coronavirus in the next couple of months, and as some governments add various stimulus measures, we might well see a fantastic rebound in markets. This would coincide with the build up to Trump’s bid to remain in the White House. I think he will use the virus as a reason to be quite gung ho on macro intervention. And some form of intervention is probably necessary as one of the world’s top investors, Ray Dalio, has written in the FT this week.

This doesn’t mean I think we will avert a global recession. It just takes a while for things to play out. Back in the last GFC, we already knew the US housing market was in recession in about 2006. Then it took until the summer of 2007 for the bond markets to have a seizure. But then as Central Banks lowered rates etc, the real crisis didn’t start for another entire year with the so-called Lehman Shock.

I was really excited to be heading to sea resort of Cascais in Portugal to moderate a panel at Horasis Global, a kind of mini Davos for leaders, visionaries, Ministers and some Heads of State. The schedule put together by the visionary Frank-Jürgen Richter looked really exciting, and I had an inspiring conversation with him at the weekend. In the middle he started talking to me in Japanese as I said I spoke the language! Ironically my panel was Leading Change, Thriving on Risk. We would have explored all the various risks (from pandemics to the coming financial crisis) and opportunities. As a futurist I am keen to find the opportunities in the chaos. Like the Grand Father of futurism said, there are 2 types of mind: one was essentially the submissive or passive mind and the other was the creative or masterful mind. Times of great change are particularly great times to be creative and to try new things as we transition from one paradigm to another. I’m disappointed that the Portuguese government ordered the gathering to be cancelled, although I understand they are being pre-emptive. And I feel bad for all the organisers of amazing events around the world At the same time I am sure new innovation will come out of all of this.

The world will probably end one day but I’m pretty sure we good for a bit longer. In fact, it is said that the sun might take 7 or 8 billion years to go through its death.