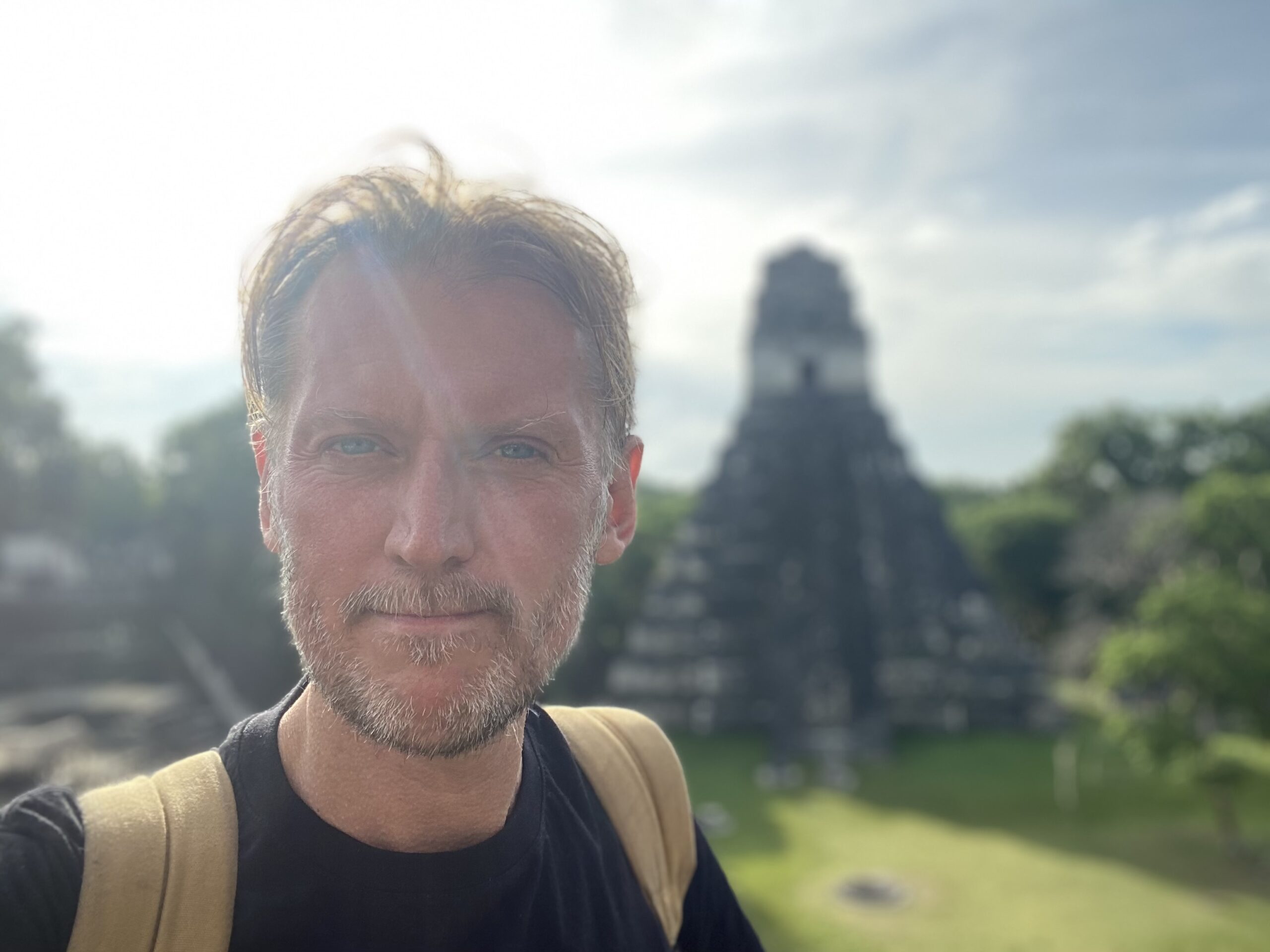 I am sitting in a cafe of the island of Flores, Guatemala. I am in one of those liminal spaces, spaces between worlds that you encounter when you are on an adventure. Its a very pretty little island with the friendliest people on the planet. I am falling in love with this country as well. Whilst the rest of the world goes mad, places like Mexico and Guatemala feel so much more civilised. Unless of course you read the mainstream media reporting on them.

The small Island of Flores would be a perfect quiet place to write a book or something. It´s also the normal launchpad for trips to the city of pyramids, Tikal. In no way, though, does it prepare you for what you are about to see. Just like the sleepy towns in South Africa, like Gansbaai, don´t prepare you for the shock of getting up and close with a great white shark! I am currently inspired to watch the Indiana Jones movies. Of the the George-Lucas-written-movies, I talk much more about Star Wars, and it definitely influenced me to move to Japan in the 1990s I think – to understand and explore whether there were any Jedi left out there. But Indiana Jones probably influenced my spirit more than I realised! Besides, they are fun and I love the music.

I came to Mexico and Latin America for many reasons, including avoiding the craziness of a civilisation gotten lost (the West), but one of the main attractions was to spend time around the great Mayan pyramids. Not only are they fascinating to visit, but they are inspiring for my work as a futurist and writer. I also thought that they held some key to my own growth as a human being – or perhaps as a spiritual being having a human experience. I have not been wrong. Its truly humbling and inspiring to get some clues about these civilisations. Although we have achieved a lot in the last 500 years, we have also become very arrogant to worldviews outside our own narrow one. The meltdown of the West, or at least a complete metamorphosis, seems increasingly a prerequisite for our advancement. We need a greater diversity of perspectives and a greater willingness to drop our own ingrained dogmas. Nikola Tesla once said, ¨the day science begins to study non-physical phenomena, it will make more progress in one decade than in all the previous centuries of its existence.¨

By chance my friend Ethan Deravy (aka John Craig) put out this video the day before I visited the latest of a list of pyramids that I must visit:Tikal in Guatemala. The original list of 7 + 1 pyramids all linked to the 7 chakra. I came across this from a shaman of sorts in China. The 7th chakra was linked to Palenque, which is where I co-guided a Quest into the jungles. The 8th, bonus pyramids if you will, were in Tikal, Guatemala. This video is fairly breath-taking but the actual visit was truly mind blowing. Somehow it made other pyramids look like Disneyland because of the magnitude and size. So much is still a mystery but once you pierce the veil a little, you realise that the mainstream archeological views are often quite wrong. I have had the benefit of insider information from former heads of archeology at key pyramids, views from Mayan elders and also just applying my own methodologies for seeking truth and sense making. As usual the real truth is more fascinating that the nonsense that’s scribed at most of these historical sites and museums – its a worldwide phenomenon. How can they make them so boring!!?? They do the same with museums as well.

Echan Deravy´s video is in Japanese, a language I understand and love,but the footage is worth looking at. He opens by mentioning that the first ancient monoliths he went to were 50 years ago now when he was 18! This certainly changed the course of his life. I have loved receiving advice and comparing notes with Echan over the years as I plotted my odyssey into the mysteries of ancient – and future – civilisation. He is one of my most inspiring friends without a doubt.

As you might imagine, as I have plotted my path through these pyramids my list has morphed a little and I went a little off-piste. Since coming to Guatemala I found out about El Mirador, which is a lost city only accessible by helicopter or a 5 day hike through the jungle. This is, of course, like a red rag to a bull and I depart tomorrow.

Morgan Freeman made a bold statement that this site is the No 1 of the ancient world. And lets face it, you cannot argue with God! The hike is going to be a bit challenging at 38C with high humidity and covering 20-25km per day through jungle. But its going to be an amazing crescendo to my visits to the Maya pyramids.

Traveling with a spirit of true adventure can and does change a person. I am looking forward to being humbled, the learnings on the next part of my adventure, and hopefully insights I can use in service of my greater calling. The hidden treasure is definitely not gold!