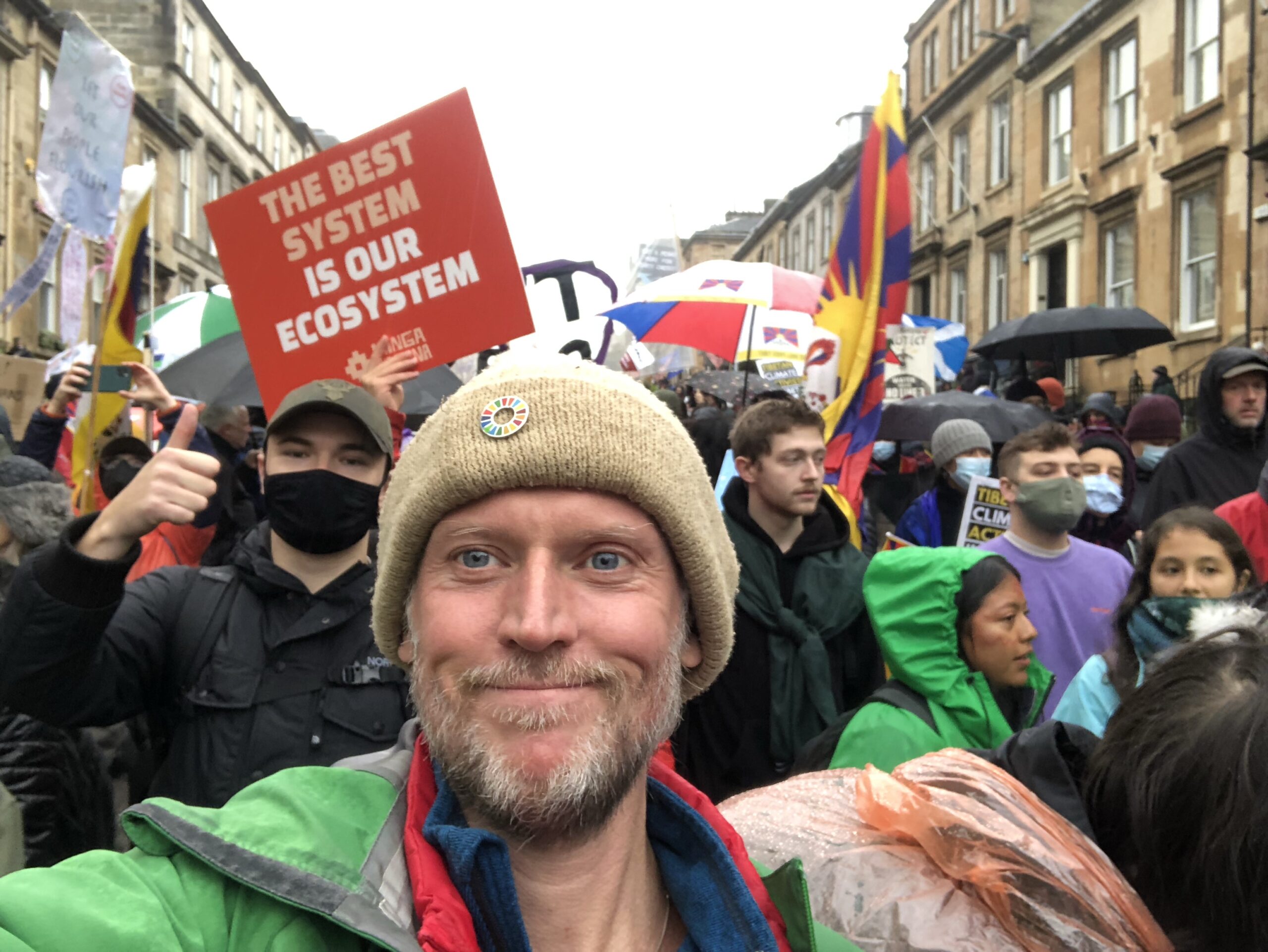 I hope this post doesn’t offend friends at the UN or elsewhere who are doing great work like Nigel Topping , Youssef Nassef and Marc Buckley 🌍 – and who have all helped me out this week quite selflessly.

But the way we see and frame things is important. And I need to speak my truth as a futurist who is independent of the system.

Days before COP26 commenced, the 102 year scientist James Lovelock, wrote perhaps the most important article for the event. I have studied with some of his colleagues and successors, such as Dr Stephan Harding, and truly regard him as a teacher who I have yet to meet. One day he might be regarded as the Galileo of our times given the giant shift in perspective he was proposing. Schumacher College in the UK has been very influenced by his work – but he totally shifted earth system science.

“I don’t know if it is too late for humanity to avert a climate catastrophe, but I am sure there is no chance if we continue to treat global heating and the destruction of nature as separate problems.

When I spoke at the UN in 2019 , Koreas top ecologist said he was mystified by the division as well.

This is such a big problem: that we don’t look at things holistically. I’ve been saying for years this is not a climate crisis. It’s an ecological crisis , if not a spiritual crisis.

Just look at the plastic in our oceans , the utter collapse in biodiversity, and eradication of much of our natural land like the rainforests. Look at all our planetary boundaries!

“This division is as much of a mistake as the error made by universities when they teach chemistry in a different class from biology and physics. It is impossible to understand these subjects in isolation because they are interconnected. The same is true of living organisms that greatly influence the global environment. The composition of the Earth’s atmosphere and the temperature of the surface is actively maintained and regulated by the biosphere, by life, by what the ancient Greeks used to call Gaia.

Almost 60 years ago, I suggested our planet self-regulated like a living organism. I called this the Gaia theory, and was later joined by biologist Lynn Margulis, who also espoused this idea. Both of us were roundly criticised by scientists in academia. I was an outsider, an independent scientist, and the mainstream view then was the neo-Darwinist one that life adapts to the environment, not that the relationship also works in the other direction, as we argued. In the years since, we have seen just how much life – especially human life – can affect the environment.”

Demonizing carbon makes no sense to me from a story telling perspective. And stories are important; they frequently create the future. Carbon is the source of life: lets allow life to flourish and not burn and destroy it so it goes up into the air.

Indigenous people look at systems holistically and that’s why they are my natural allies (www.mingaindigena.org and www.theallianza.org) – as well as most older civilizations.

I’ve been calling for the creation of an Ecological Civilization. It seems like the Chinese are saying the same thing, let’s hope that the influence of Taoism will win out in the worlds largest economy.