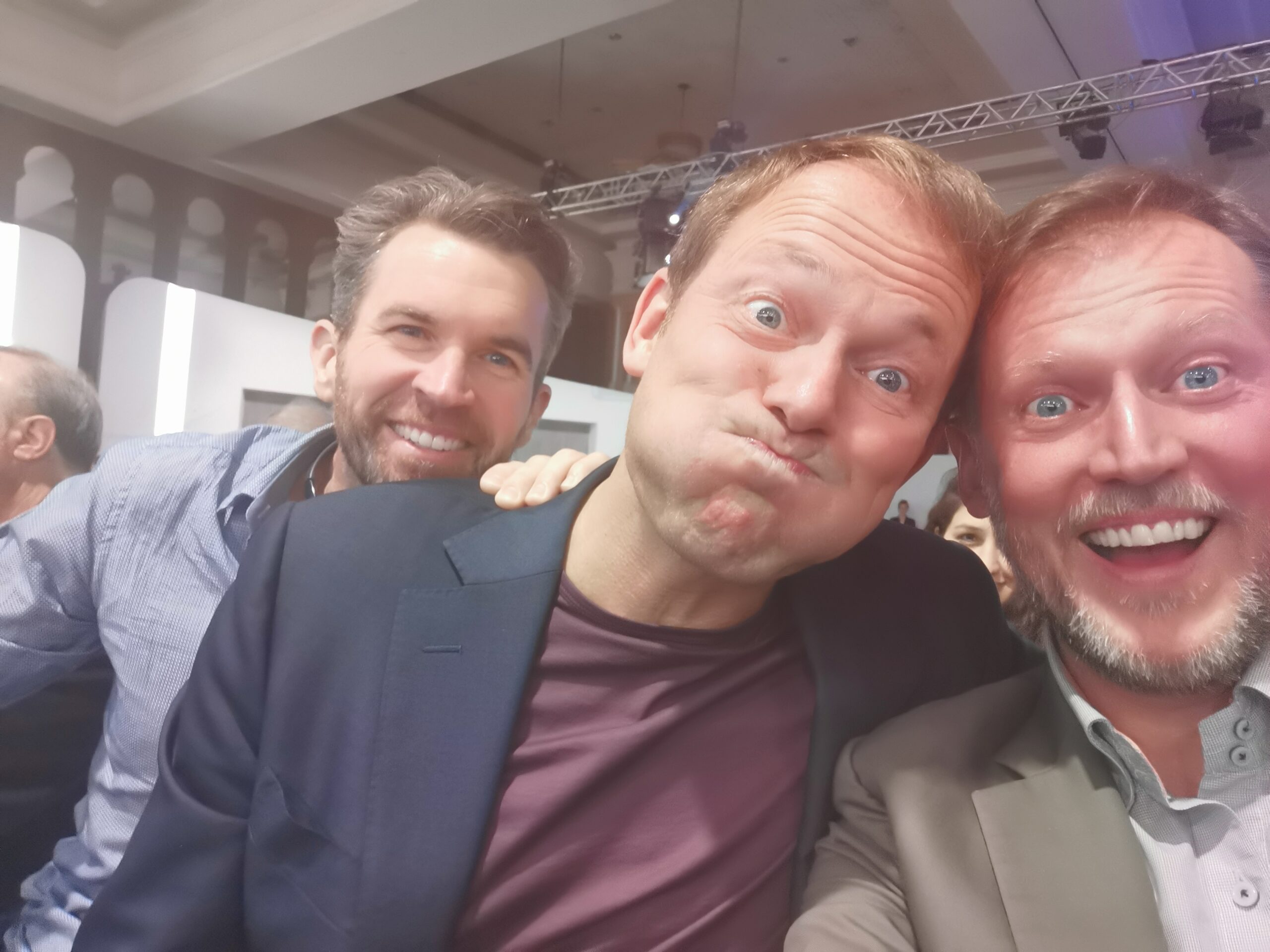 Recently I visited Dubai again to attend the Global Future Councils of the World Economic Forum. I sit on the Council for Quantum Computing. It was quite amazing event itself and a great opportunity to meet 700 thought leaders from around the world. However, its easy to go to so-called serious conferences and…well, be serious. But my experience is that if one engages them with a sense of fun, curiosity and joy it can be infectious to other people. Of course, you can discuss serious topics but its a case of not taking yourself too serious or getting dragged down by the topics themselves. If we are all on the edge of having nervous breakdowns, how will we make the right decisions going forwards with any wisdom. And I think that this is the danger nowadays, especially in the media. This photo above is Yuri Van Geest, one of the smartest future-commentators on the planet and founder of Singularity University in Europe, Jeremy O’Brien (CEO of PSI Quantum) and I.

This year our Council was particularly topical given the recent claims made by Google regarding Quantum Supremacy. Partly because of this we seem to get a warm-welcome in all the other councils when we drop by. In our own Council we mapped out some plans for the year, including a series of blogs on Quantum Computing. I am excited to author a paper on the really big picture and the ramifications of quantum on our civilisation: which are think are immense. Its power could truly eclipse that of the Fourth Industrial Revolution, although in reality it will in fact power many of the technologies of the Fourth Industrial Revolution.

In the First Quantum Revolution, which started a 100 years ago, the world’s leading physicists grappled with the laws which govern reality at the smallest subatomic scales. Some of its conclusions were mind blowing, totally counter-intuitive and even today the scientists can’t explain why the theories work. Some of the broader ramifications of quantum theory could profoundly undermine and revolutionise all sciences and social sciences. In fact, so much so that the world has done its best to ignore it, and continue business as usual. As we enter the Second Quantum Revolution, many new technologies will be appearing including quantum computing. These will be so powerful its likely that our civilisation will be forced to shift its views on the nature of reality itself. Interestingly enough, many of the members of our Council are very interested in these deeper philosophical and civilizational issues, so much so that a buddhist monk who was a member of the Japan Global Future Council joined us one evening and really enjoyed our conversations!

Whilst I spent a lot of time talking tech, like last year geopolitics was a big discussion point. Even in our Council there was a lot of concern that the very serious rift between China and the US could ruin a lot of useful international co-operation on a technology we believe will help our civilisation move to a post industrial and post scarcity economy.

On the fringes of the event, Yuri Van Geest and I decided to launch our new video interview series Quantum Futures. And we managed to get in depth interviews with 3 amazing visionaries: the geopolitical mastermind Kishore Mahbubani , the futurist and author Don Tapscott (author of the popular book on Blockchain) and one of the smartest minds in quantum computing today, Jeremy O’Brien (CEO of PSI Quantum).

Our interview with Kishore Mahbubani was quite timely given the geopolitical assault that the US has recently unleashed on China. Kishore is an amazing visionary and has held many diplomatic positions over the years, also founding the Lee Kuan Yew School of Public Policy. He has written quite a few books critical of the West in recent years including “Has the West Lost It?” and an even more controversial book on China to be published next year.

He assumes that the relationship between the US and China will continue to worsen over the next decade, although he said it doesn’t have to be this way. At the end of the day he thinks we are shifting to a more multipolar world where there is a balance of power between a number of major nations. He think that the US is shooting itself in the foot by its aggressive stance on China. In this interconnected globalised world, the strongest nations are the one’s most connected and if the US pulls itself out of a system is created it might be the ultimate victim. The West’s control over the planet has been an aberration for the last few hundred years: for severe thousand years China and India were the largest economies. As we shift back to that status, the West would be well to approach 3 tactics: he calls them minimalist, multi-lateral and Machiavellian. Minimalist refers to cutting back on intervention in the affairs of other states. The US has spent over $6 trillion on Middle Eastern wars since 911 (and arguably made their own position worse). Multilateral refers to following the internationally written agreements and using bodies like the United Nations. Regarding Machiavellian he thinks that there is a big misunderstanding of Machiavelli’s works. When he cites “public life has its own morality” he is urging the West to be a little more pragmatic and a little less fixated by black and white dogma.

I will have to let you see our interview when it comes out but interestingly enough, afterwards he flew to China to join the Founder of Huawei and other panelists in a conversation which might be worth watching.

Insist on Having Fun – A Remark on Conferences