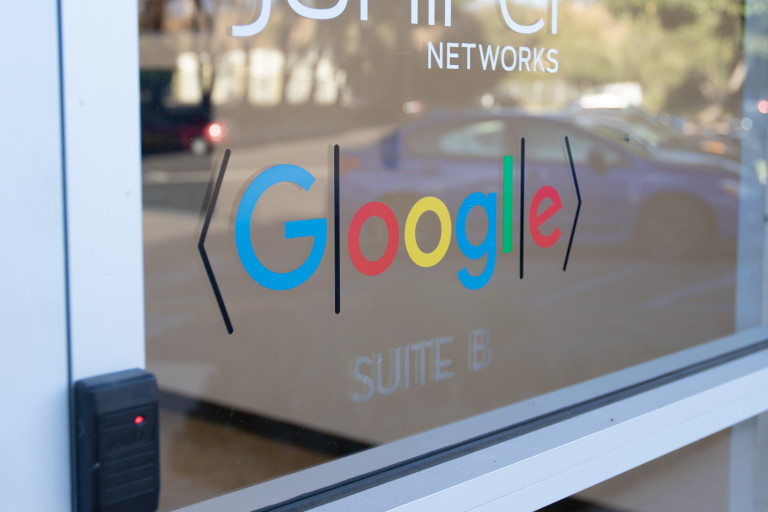 This last week we have heard some major claims about record-breaking breakthroughs in one of the most important areas of technology: Google has claimed a Wright Brothers moment in the quantum computing space.

I sit on the Global Future Council for Quantum Computing at the World Economic Forum. Very soon, I will get to sit together with some of the smartest minds in the space of quantum computing. However, I might not be one of them! I.m not the CEO of some promising quantum computing start up or the head of R&D at Google. But I am a futurist endeavouring to discern what’s going in in the world and where we are headed. Quantum computing might be one of the greatest technological breathroughs of this century but its very misunderstood. So I shall be certain to report back my findings.

This last week there has been a lot of noise from the quantum space – Google has apparently made a big claim that it has managed to achieve quantum supremacy: where their quantum computer has managed to do something significantly quicker than a classical computer:

“To our knowledge, this experiment marks the first computation that can be performed only on a quantum processor. Quantum processors have thus reached the regime of quantum supremacy.”

This notion if quantum supremacy is important because there is a fear that quantum computing will be like nuclear fusion’ with huge potential but always 50 years around the corner. This means that a practical application should be around the corner.

There is going to be arguments about every development in the industry. When there was a leak a month ago about Google’s achievement, IBM wrote a rebuttal on one of their blogs. “Recent advances in quantum computing have resulted in two 53-qubit processors: one from our group in IBM and a device described in the leaked preprint from Google. In the preprint, it is argued that their device reached “quantum supremacy” and that “a state-of-the-art supercomputer would require approximately 10,000 years to perform the equivalent task.” We argue that an ideal simulation of the same task can be performed on a classical system in 2.5 days and with far greater fidelity.”

I like to think that this will indeed be seen as one milestone along the way regardless to what degree Google beat the classical computer. MIT researcher William Oliver says that Google’s accomplishment is similar to the Wright brothers’ first flights.

“Their aeroplane, the Wright Flyer, wasn’t the first airborne vehicle to fly, and it didn’t solve any pressing transport problem. Nor did it herald the widespread adoption of planes or mark the beginning of the end for other modes of transport,” Oliver writes.

“Instead, the event is remembered for having shown a new operational regime – the self-propelled flight of an aircraft that was heavier than air. It is what the event represented, rather than what it practically accomplished, that was paramount.

“And so it is with this first report of quantum computational supremacy.”

And as the Google CEO even said – the aircraft was only flying for 12 seconds.

Others might say that this is the computer industry ENAIC moment:

“ENIAC (Electronic Numerical Integrator and Computer) was the first big, highly publicized marvel of electronic digital computing which was actually capable of solving real, substantial, nontrivial computing problems with nontrivial amounts of data rather than being merely yet another promise and mere hint of a future to come, some day, but not real soon.”

Chinese scientists have – according to the South China Morning Post – acknowledged the significance of Google’s breakthrough: “

“Guoping Guo, a professor at the University of Science and Technology of China and founder and chief scientist of Chinese start-up Origin Quantum, said the achievement was of “epoch-making significance”.

“Quantum supremacy is the turning point that has proven the superiority of quantum computers over classical computers,” said Guo. “If we fall behind in the next stage of general-purpose quantum computing, it would mean the difference between cold weapons and firearms.”

“We’re only one creative algorithm away from valuable near-term applications.”

In an interview with the MIT Technology Review, Google CEO Sundar Pichai was asked about the statement above that they were close to valuable near term applications:

“The real excitement about quantum is that the universe fundamentally works in a quantum way, so you will be able to understand nature better. It’s early days, but where quantum mechanics shines is the ability to simulate molecules, molecular processes, and I think that is where it will be the strongest. Drug discovery is a great example. Or fertilizers—the Haber process produces 2% of carbon [emissions] in the world [see Note 1]. In nature the same process gets done more efficiently.”

For me the important points are:

a) We are moving in the right direction: milestones are important. Deep Blue beat Garry Kasparov in 1997. Then it took until AlphaGo beat Lee Sedol in 2016. After both occasions there was a flurry of interest – including money and people in the AI field .

b). However, it could be that the US and especially Chinese militaries are even further ahead than we are told. Quantum is such a powerful technology, there is likely to be a tendency to keep it under wraps. It has been announced that the National Laboratory for Quantum Information Sciences in Hefei, Anhui province, China, is opening a $10bn centre for quantum computing by 2020. I am guessing they already have significant resources going in to it. China was the first country in the world to launch a quantum satellite and many insiders suggest they are even ahead of the Americans.

c) The ultimate benefits of quantum computing are absolutely enormous. From encryption/code breaking to unlocking the secrets of molecular biology, it will totally revolutionise R&D in almost every field. It’s no wonder the US and China consider it so important to their national security , as well as their economies. And it’s why I am fascinated by this topic. Look below at some of the major ramifications of quantum computing:

What Are Quantum Computers?

“Quantum computers, building on the pioneering ideas of physicists Richard Feynman and David Deutsch in the 1980s, leverage the unique properties of matter at nanoscale. They differ from classical computers in two fundamental ways. First, quantum computing is not built on bits that are either zero or one, but on qubits that can be overlays of zeros and ones (meaning part zero and part one at the same time). Second, qubits do not exist in isolation but instead become entangled and act as a group. These two properties enable qubits to achieve an exponentially higher information density than classical computers.”

Many more insights to come I am sure when I hang out with some of the world’s leading thinkers and doers in this space.