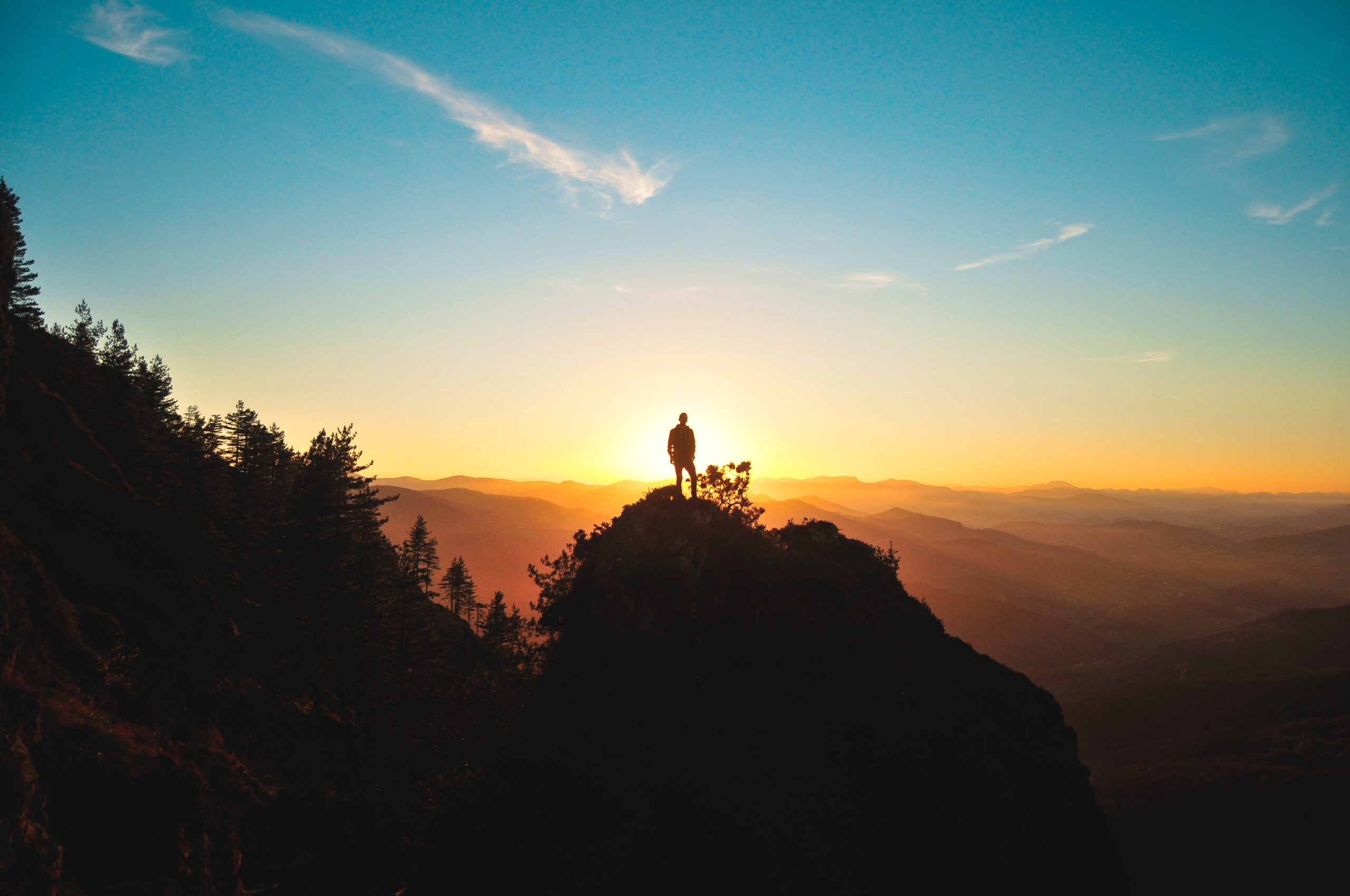 I was honoured to speak at Horasis India this last week which was co-hosted by the Confederation of Indian Industry, and attended by many senior business leaders and Ministers of the Government of India. It was a timely event given the friction between the world’s top economic powers, USA and China, and with India poised to re-emerge as another major power. Our panel was on New Leadership in the Tumultuous Twenties. This article was originally published here on Horasis Insights.

The term VUCA world – volatile, uncertain, complex and ambiguous – has long been popularised by the US military and futurists in reference to our current period. For some time now, I have been pointing out that by 2020-2025 the world would be in a highly disruptive phase of human history. In fact, it might be the start of a phase transition like we have not seen for several hundred years (the last one was the Industrial Revolution which started in 1712 and prior to that it was the Agricultural Revolution when humankind shifted from hunter gatherers to villages). The 2020s are the opening act to a shift to a Post Industrial society, and hence I have been referring to them as a ‘Tumultuous Twenties.’

Basically there a number of sources of this disruption, many of which overlap or intersect:

a) An ecological crisis which is much bigger than climate change. There is a convergence of natural cycles and the success of our industrial economies, and this is causing worrying changes in our ecosystems including a collapse in biodiversity and what is being described at the Sixth Extinction.

b) An Economic crisis as significant as the Great Depression, sparked off by Covid 19 and 300 million job losses globally. But perhaps this was inevitable anyway, with a fragile system based on debt and leading to huge disparities in wealth. Whilst stock market soar, the reality for many normal people is one of economic hardship with median real income arguably falling over the last 2 decades in the USA.

c) Crisis of institutions: many of our old institutions and structures are no longer fit for purpose in a rapidly changing world. They seem incapable of effectively responding to the information age and the disruption. A collapse in trust in many institutions is a source of disruption in itself.

d) A Geopolitical crisis with the clash of two civilisations: with the US in the midst of its own internal crisis – a culture war if not Civil War 2.0 – perhaps friction with the emerging power China was inevitable, especially with recent Chinese assertiveness and advancements in advanced tech like AI and quantum

e) Major technological disruption: whilst technology can be an answer to some problems, it is also a source of disruption. We have seen a huge eruption in information which has historically always been a source of disruption – think of what happened in Europe after the invention of the Gutenberg press – and we have the prospects of AI replacing many tasks or even jobs done by humans.

f) A crisis of meaning: one can see that people across the advanced nations are suffering from an epidemic of mental health issues and addiction. People are yearning for meaning in their lives and work lives and I think societies need a bigger meta story. The cosmologist and theologian Thomas Berry said that humankind was in the middle of two stories. We just don’t know what that is yet.

So the background is set for a very tumultuous decade ahead even after Covid-19. This last week, Gianpiero Petriglieri, in a Harvard Business Review article, asks whether management is outdated:

“Regardless of your age, and whether you are a manager or not, you are caught with us in a mid-life crisis of management. The signs of that crisis transpire in many an everyday experience. Perhaps you feel uneasy and restless, sensing that we will not be going back to “normal” in the workplace, if we even still have one. Or you feel stuck and swing between frustration and despair, wondering who is in charge and what is yet to come. You feel anger at the system, not to mention mistrust; you feel loneliness and dearth of meaning. Those aren’t just signs of grief at the way life has forced us to change in the past few months and weeks — our unease and despair have been brewing since long before that.”

As the Tumultuous Twenties unfold, this feeling will only get worse. especially towards scientific management or Taylorism which suggests that “a manager’s job is to increase efficiency in a production system.”

In fact, Petriglieri writes than “management as we know it, really, it has to die. There is no other way. Because, in truth, it does not have a problem. It is the problem”.

As a futurist peering out to the horizons of our current paradigms, I’ve long stopped using the word ‘management’.  What we need now in these times is leadership: extraordinary leadership for extraordinary times.  It is said that the Indo-European root of the words “lead” and “leadership” (leith) means to go forth, to cross the threshold – or to die. I think that this is very useful to remember.

I suggest that leaders need to seriously – and very personally – explore these four areas below if they truly want organisations of the future which are both resilient and able to creatively forge new paths at this chaotic time.

a) Wholeness. How can we bring the whole human to work, not just our intellects? Perhaps getting rid of any of the old engineering terms like ‘work’ for starters: our guiding metaphors should shift from machines to living systems. There should be a recognition that we are all on a journey to be our authentic selves, and we must create environments which support this. Co-workers should be comfortable with being vulnerable and taking off their game-masks, thus tapping in to their true creativity.

b) Broader Intelligence: Intuition and Imagination. Leaders should reconsider what intelligence is. As we collectively go deeper into an unknown world, the rational mind – by its nature looking backwards into the known – is insufficient as a resource. We need to look more broadly to emotional intelligence, social intelligence, intuitive intelligence, physical intelligence and imaginative intelligence. The imagination is that liminal realm between what is known and unknown. Einstein regarded it as more important than knowledge.

c) Dialogue and Co-Creation. As we reorganise our economies and societies we will need more resilient structures. At the cutting edge today, researchers such as Frederic Laloux have been mind-blown by the benefits of mimicking nature and building self-organising systems. We must also re-explore the ancient art of dialogue, not debate or conversation; the art of cultivating collective insight and then collective action.

d) Evolutionary Purpose. Organisations today are realising that having a higher purpose is becoming important, and one which benefits all stakeholders. In 2019 the American Business Roundtable rejected shareholder primacy and instead adopted stakeholder capitalism which places importance on employees, suppliers, environment and society etcetera, as well as the shareholder. But it needs to be greater than a plaque at the reception, and something which energises the entire organisation. To get a step further, from the perspective of organisations as living systems then, they have their own soul or calling, and we need to tap into this. In all likelihood – just like an ecological system – an organisation’s evolutionary purpose will contribute to the greater evolution of the human system and planet.

Imagining the Future of India

Being the world’s largest English-speaking democracy, a leader in technology, having a highly successful diaspora and being a spiritual superpower, one could imagine India providing more leadership going forwards. I think that given the fragile geo-political state of the world as well at the moment, this might be truly welcome.

For this to be a reality we need to reconsider what leadership is, and draw from deeper sources than in the past. The future will be bright, if we promote leaders who have cultivated all of their intelligence, including the intuitive and imaginative.

“Intuition will be a key differentiator for excellence in the future…Intuition is a vast storehouse of knowledge that we possess and do not know we possess.” –R.Gopalakrishnan, Executive Director, Tata Son Ltd.

Benjamin J. Butler is a futurist, strategist and philosopher, based out of Hong Kong, who advises on global mega trends and coaches leaders on intelligence, creativity and the imagination.