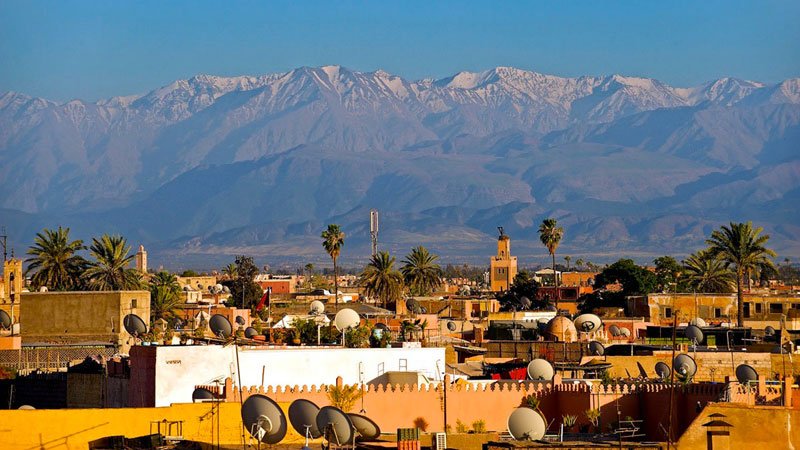 Morocco: Find the Story in Your Heart

“My father used to tell me that stories offer the listener a chance to escape but, more importantly, he said, they provide people with a chance to maximize their minds. Suspend ordinary constraints, allow the imagination to be freed, and we are charged with the capability of heighetned thought.

Learn to use your eyes as if they are your ears, he said, and you become connected with the ancient heritage of man, a dream world for the waking mind.”
― Tahir Shah, In Arabian Nights: A Caravan of Moroccan Dreams

Wow, what a trip. My time in Morocco is coming to an end. It’s such an alive place, your senses are always being treated with a cacophony of sounds, fragrances and colourful feasts. The market city, Marrakech, is at the other end of the Silk Road from my home city Hong Kong, and a mix of Europe and the Middle East. I’ve so enjoyed the French, European and Arabic culture here. And I’ve also seen how cultures can live very much in harmony when you don’t have fundamentalists. Every day I see small acts of kindness between fellow Moroccans, and to fellow tourists like me. [Sure there are still the persistent traders and scam artists but they are a small minority). I also thought it was a nice gesture whenever I ran along the beach in Essaouira, the local Moroccan boys playing football would kick the ball to me in the middle of their game as if to invite me to join. It reminded of playing football with the local kids in Spain with my father when I was a child.

However, whilst I reflected a lot on the implications of the Silk Road and the insights I gleaned from being at this melting pot (and will write that up later), I also reflected a lot on the human story. Many readers might know Paolo Coehlo’s best seller, The Alchemist, about a shepherd who travels from Spain into Morocco in search of his ‘personal legend’. I believe its a best seller because we all innately know our life has some deeper meaning or purpose. We aren’t just a bunch of atoms and cells randomly bumping around space. It is interesting that Coehlo seems to have drawn on the inspiration of the Moroccan storytellers.

As I have been wandering around the bustling markets of Marrakesh and the very soulful coastal city Essaouira and taking in the experiences, I’ve also been inspired by a book about Morocco. The author Tahir Shah, who currently lives in Casablanca, writes about his experiences getting to know this ancient culture in a beautiful book “In Arabian Nights: A Caravan of Moroccan Dreams.” The most important mission in ones life, he learns from the storytellers who still walk this land, is to find ‘the story in your heart’.

The ideas are universal and long spoken by the sages and poets of antiquity. I think the mental health industry would benefit hugely from trying to learn from the poets. James Hillman, largely seen as a successor to Carl Jung, was quite critical of much modern therapy and psychotherapy as missing a huge dimension to the human condition.

I was recently reminded of one of the most beautiful human encounters I had last year, which transpired at one of the oldest taverns in England. I think it was licensed in the 1300s. One evening a fantastic duo was playing music and singing away. I was in the corner – by the fire I believe – writing into my book. I was really inspired by the way they embodied the famous Rumi poem “I want to sing like the birds sing, not worrying about who hears or what they think”. I reached out to them and said that not only was their music fantastic, I wanted to write my book the same way that they sang their songs; to just sing my authentic song. And not to merely write what I thought other people wanted to read.

The next day I was excited and inspired to receive a mail from one of the duo, Nick, who said he really connected with what I had said the evening before. And he gave me the great gift of quoting the last paragraphs of a book he wrote.

“Like the songlines which guide aborigines across their country and across their history, I  believe that we each enter this world with a resonance in our heart that will make us feel at home in this world. Every one of our melodies is unique. And if we give ourselves the time to listen, out of the silence we may catch the song of the nightingale that is perched on the Tree of Life rooted in our breast. Once we hear it, we can resonate to it and bring our lives into harmony with it. The song springs from the pulsating source of the original heartbeat, the Aum, and is the golden strand that can lead us onward to our destination.  The song is the purpose, and to be aligned with this purpose is to be living authentically.  We write life as life writes us, and we are the author of the dream that is dreaming us,  on  Earth  as  it  is  in  Heaven.

Me, when I hear my song, my heart is full to overflowing and I feel like a troubadour.”

Its amazing to start a day with a tear in one’s eye; not because you are sad, but because you feel alive, and are part of something purposeful and human.

Many futurists – and activists – are in search of the optimal or even utopian system which will solve all of humanity’s various crises. Whilst I often get drawn into such debates, I truly believe that if more of us follow the ‘story in our hearts’ or genuinely ‘sing our ‘song,’ the world will be a better place.