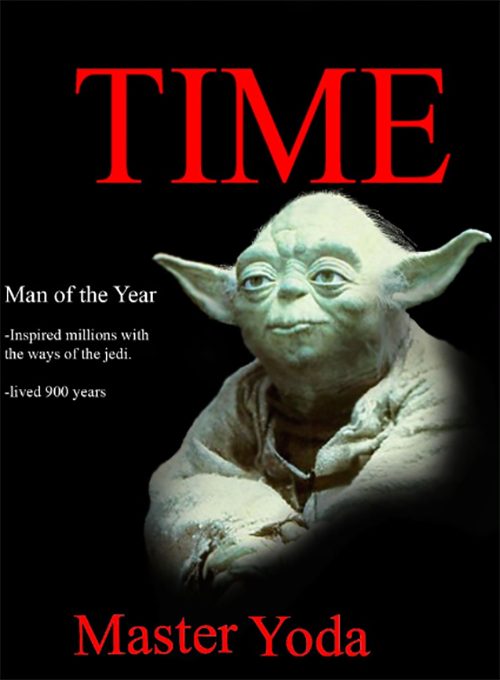 At home I have statues of some of the most inspiring teachers and philosophers who have influenced my life and Im always looking to add more. A couple of days ago I bought one of Yoda from Star Wars! I’m currently staying on the hippie island of Lamma, in Hong Kong. It has echoes of Vashon Island in Seattle, Totnes in the UK and perhaps Encinitas in Southern California. There are a lot of creatives living here and I love working from a guesthouse on a quiet beach overlooking the South China Sea, far from the noise and maelstrom of the Hong Kong protests.

So Yoda will join Lao Tsu, the Buddha, and Merlin the Druid. Although he’s a fictitious character I just love his quotes. I found them inspirational as a child. JJ Abrams , Director of “Awaken the Force,” once said in an interview that “Star Wars was never about science fiction — it was a spiritual story”. I find that intriguing, even if not all the fans were aware of this.

George Lucas was influenced by Zen and the way of the Bushi or Samurai. He made no secret of his love for the director Kurosawa and all things Japanese. In fact, he even offered the part of the Jedi Master Obi Wan Kenobi to Toshiro Mifune, the actor who played Rokurota in Kurosawa’s The Hidden Fortress.

Perhaps that was another reason why I left England in my early twenties to Japan, in search of adventure. I found the Land of the Rising Sun a very mysterious and mystical place, and I loved it. In some many ways, from calligraphy to martial arts, they seemed to tap in to ‘the Force.’ I’ll never forget when I went to the Temples of Nara and was guided by the nation’s most famous calligrapher; tapping into an energy I had no idea about, managed to draw a beautiful Japanese character for love, which my Japanese friends later thought was scribed by my teacher! Nor will I forget the time I met a Shinto priest at a Shrine in Hokkaido. After his somewhat romantic talk about life and the spirit of the Japanese language, I was rather perplexed as he didn’t offer a list of rules – thou shall not do this or that. I asked him about this and he said that in Shinto we just dance! Apparently the famous mythologist Joseph Campbell had the same conversation decades before me. I lived in Japan 8 years, and at the times I was most immersed in the land and the culture I would dream in Japanese. The Japanese Sushi Masters, Tea Ceremony Masters, Kyudo Masters, Kendo Masters and Zen Masters were all Jedi in my mind. They operated at a different level from us mere mortals. And Zen – and the Force – always lingered in the background.

In my mind Master Yoda and the Jedi were also futurists – my chosen calling in life. They saw the bigger forces in the universe, and could sense or see the unseen. Part of my role is to help bring what is hidden into view. It sounds a little esoteric, but it could mean something as simple as unearthing the deeper thoughts, beliefs and operating systems that are driving behaviour. But it could mean much more….

But what I really love is that the wisdom of Yoda, like zen, is timeless wisdom and not religious which is why anyone can benefit from it. In many of my talks as a futurist I remind people of another futurist’s important quote. The late Alvin Toffler once said:

Interestingly Yoda said the same thing – “you must unlearn what you have learned” . However, Yoda pushes us to operate from a deeper place, harnessing our intuition – which is the highest form of intelligence. And in ancient Japan, China and Korea it was regarded this way. I think that Western Civilisation has valued logic and rational thinking for hundreds of years but the signs are that this is starting to shift. In fact, when I am working with clients one-to-one I support them in cultivating their intuitive and creative intelligence. And yes, it can be learnt – or relearnt.

Do or do not, there is no try!

This phrase is one of Yoda’s most popular. And there is nothing more Zen than the concept of ‘just do it.’ In my Zen temple – where I have sat for silent retreats for several weeks at a time – we were always encouraged to not think about whether to do something or not , to not procrastinate or hesitate, just do it. And to be completely at one with that action. If you are dancing, then just dance, and dance so that the dancer and the dancing become one. So that you become the verb. This is now called flow, and you can feel invincible when you find it – like high performance athletes.

In Taoism and Zen there is much more comfortability with paradox. In fact, I’ve come to learn that life is full of paradox. Nowadays, we in the West typically don’t like paradox, it’s either this or that. But the great wisdom teachers in the West even knew you had to step beyond dualistic thinking. Even Shakespeare suggested this:

“there is nothing either good or bad, but thinking makes it so. To me it is a prison. Well, then it isn’t one to you, since nothing is really good or bad in itself—it’s all what a person thinks about it.”

This is the original Jedi Code.

This is just like the Taoist symbol and the paradoxical phrases from the Tao. And if we stand in the centre of the circle, we can remain in serenity.

So I am going to add Yoda to my collection of inspiring teachers. I don’t know who’s next, a great scientist like Einstein, a great mystic like Nisargadatta, or it could even be Kung Fu Panda, or his teacher Master Oogway!