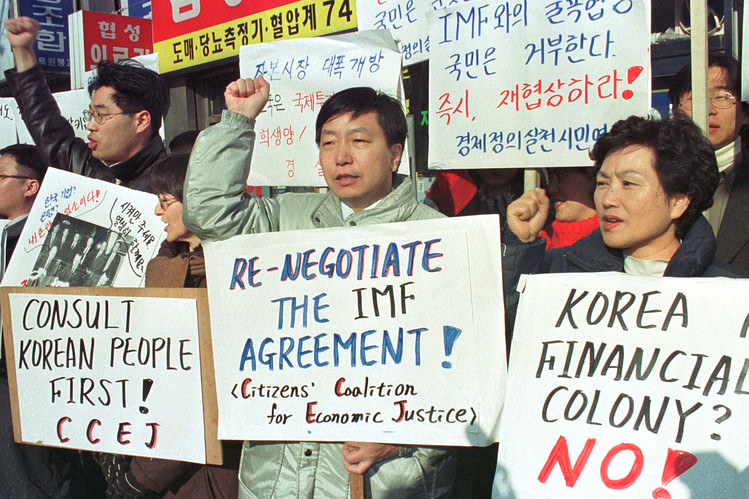 Death and Rebirth of Our Financial System (1)

It has been a while since I updated my views on financial markets. By 2030 we should have an entirely new global financial architecture involving a rethink of money. This will emerge from a severe financial crisis which should have affected most countries and assets in the early 2020s and like WW2 might possibly change the global economic pecking order, when the USA overtook the British Empire.

In Part 1 of this series I ponder whether that crisis is already here. In Part 2 I will start to discuss that future architecture, touching on crypto-currencies, central banks, gold and more.

They sometimes say that one’s financial career is very influenced by the nature of markets when you first started. My career commenced in rather tumultuous but interesting times: the Asia crisis of the late 1990s. In fact, I was writing a thesis in Japanese on the Asia Crisis at Osaka University as it was unfolding, and then I interned at Merrill Lynch Asset Management just as the Russia bond crisis kicked off! Many investors today haven’t seen many cycles, with the world’s largest market (the US) having been in an up cycle for 10 years since March 2009. Perhaps they believe in the omnipotence of central banks. I don’t. And that’s kind of important when the Federal Reserve seems poised to start cutting rates.

My base case from early 2016 was that the US, and most probably other markets, would have a Trump-related rally (fiscal policy, tax cuts etc etc) which could pitter out by the end of 2018. We would see the next major financial crisis kick off late 2018 and into the early 2020s. This would exacerbate many of the existing problems in society, politics and geopolitics, plunging the USA further into Civil War 2.0, involving much civil unrest, discord and domestic terrorism. (For the record, it doesn’t imply large scale war like the Civil War). By the mid 2020s the US should be emerging from this, hopefully transformed with many of the positive green shoots which are already visible, driving the changes.

High frequency data around the world is looking dire. Asia has always been a good leading barometer of the health of the global economy given its reliance on exports. Although on the surface, things looked very healthy in Singapore last week, the PMIs continue to drop.

South Korea looks even more dire, being at the epicentre of global electronics. When I advised hedge funds and was an investor myself, Korea was a particular good ‘canary in the coalmine.’ According to Bloomberg:

“South Korea, a bellwether for global trade, has delivered a couple of stunners. Government data this weekend showed exports – which comprise about half the economy – fell for a sixth consecutive month. Shipments dropped 9.4% in May from a year ago, exceeding forecasts of 6.6%. Semiconductor exports plunged by roughly 30%. “

In fact you are hearing the ‘r’ word more and more frequently in the news. The New York Fed Recession Probability Model has been meaningfully rising. In fact, when the yield curve inverted in May this probability jumped. If you don’t know the significance of this, have a look at this article.

Much of this slow down is being blamed on the trade war. When I see some economists on TV talk dismissingly that ‘exports to XYZ country only represent x% of GDP therefore everything should be fine’ I always get nervous! Many analysts seem to ignore second and third order effects, the real complexity of the system. Not to mention the impact on psychology, or ‘animal spirits’ as Adam Smith described it. A former colleague at UBS, George Magnus, wrote in the FT this week:

“Technology trade is different from steel or soyabeans. It is a truly global sector and it could pose the kind of highly integrated and systemic threat to the global economy that banking and finance did in 2008.”

He has a strong point. You don’t change these highly interconnected supply chains without fallout. The uncertainty in the global economy, for companies pondering investment, has just gone through the roof. And don’t forget that in the last 10 years in the US economy, corporates spent most of their money buying back stock instead of investing.

In this mother or all bubbles, there are risks probably hiding all over the place. One obvious area which could ignite contagion is the leverage loan market, where even the largest book runner in the market has been warning about potential ‘carnage’:

But there is now debt everywhere so it might be difficult to guess where all the fires will rage. Jesse Colombo of Forbes, has kindly listed some of them:

But I agree with him, that there are many more. We will know in due course.

When risk appetite reverses, many of these areas will suffer from financial contagion. One area, which seems fairly obvious to me is start up funding. The San Francisco bubble and beyond will be popped. In this cycle, many large asset managers like pension/ endowment funds etc have put money into venture capital and private equity instead of hedge funds. Just think in this cycle the $100 billion Vision Fund was created. Future funding should collapse. A VC, Tytus Michalski suggests a 50-80% fall from peak, which from my perspective isn’t even controversial given my experience of past cycles:

That William Gibson quote is well-known amongst futurists. To many investors and non-investors alike, the fragility of the system is quite obvious. As various fires blow up around the world from the Turkish currency to South American economies to Germany banks and beyond, eventually it will become obvious to all that there is a systemic problem and we have entered the next crisis. In January 2007, it was obvious to some of my friends and I that we were at the cusp of a major crash. From then until Novemeber 2008 we saw flare up after flare up. But very often markets bounced and people got sucked back in. I think if you are looking carefully now, the writing seems to be on the wall.

Trump and the Re-Election Strategy

An entirely plausible future trajectory is a bumpy ride over the coming months in financial markets. Then during 2020 the US and China sign some form of comprehensive trade agreement. With interest rates having been lowered and now industrial orders quickly rising, especially in electronics, you see a last burst in the economy. Then Trump can go into the election with a ‘strong’ economy again. Of course, everything eventually unravels afterwards.

The US Federal Reserve seems to have totally changed its view on the economy. Amongst all the things Governor Powell said, this comment blew my mind:

“Perhaps it is time to retire the term ‘unconventional’ when referring to tools that were used in the crisis. We know that tools like these are likely to be needed in some form in the future.”

The Fed and other Central Banks of the world engaged in the largest monetary policy experiment in history in the last crisis, and now Powell is saying that these are conventional! This tells you something about this new Post GFC world. They still have no idea how to exit from the exceptional policies they took in the Post Crisis years.

“There is no means of avoiding the final collapse of a boom brought about by credit expansion. The alternative is only whether the crisis should come sooner as a result of a voluntary abandonment of further credit expansion, or later as a final and total catastrophe of the currency system involved.”

We seem to have chosen later.

Part 2 will start to discuss this post catastrophe world.