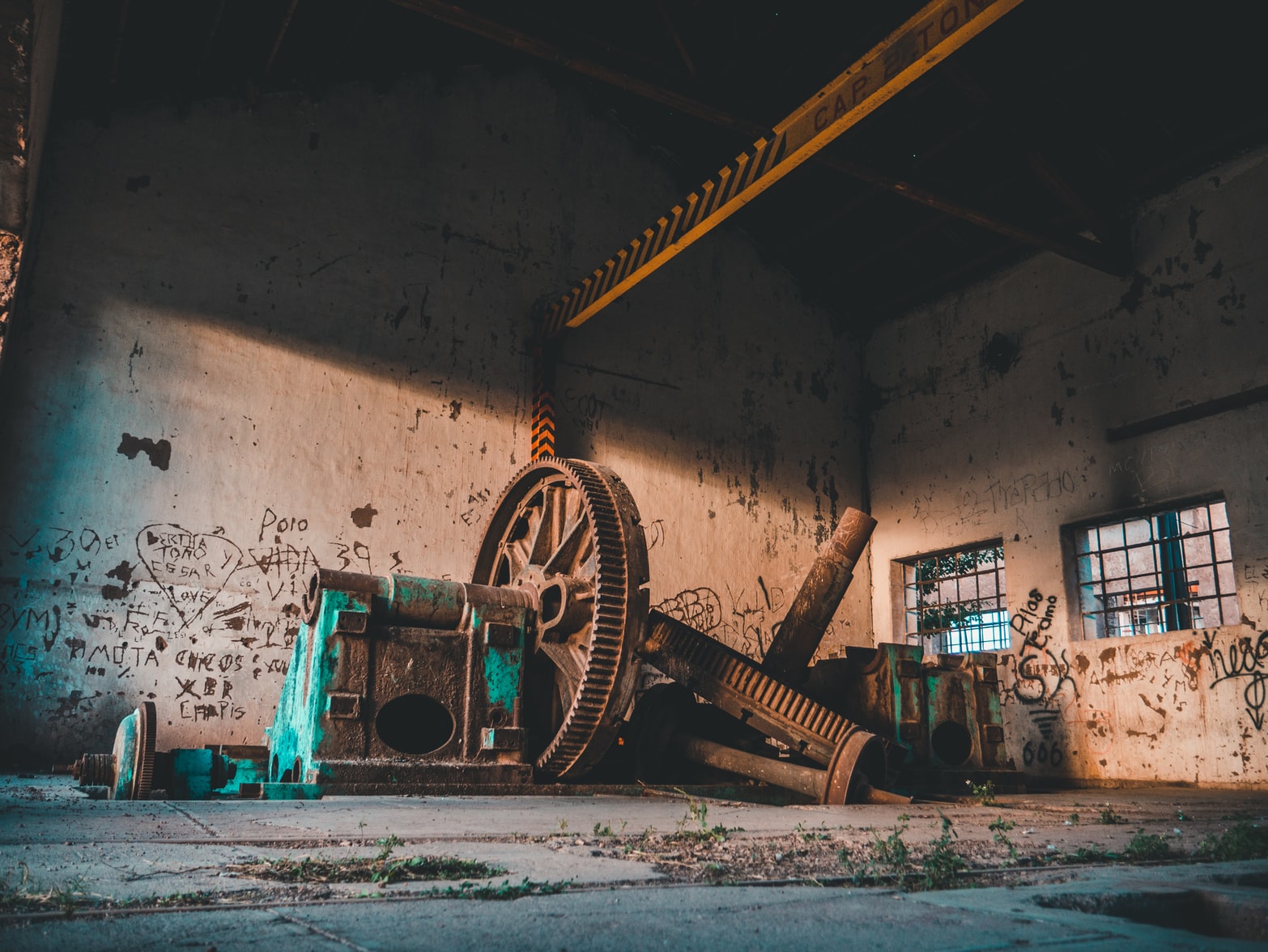 Something quite big is transpiring in our civilisation today. I often discuss this major shift in my talks. Interestingly the Covid-19 might accelerate it – or at least highlight some of the fundamental flaws with the old industrial (and centralised) system.

I saw this in a blog this morning from Alan Murray at Fortune:

“Bill Davidow, one of Silicon Valley’s pioneers, stopped by the Fortune offices in New York last week. He spent a career at HPand Intel and then founded Mohr Davidow venture capital. At 84, he deserves some down time. But instead, he’s got a new book out—The Autonomous Revolution—coauthored with long-time tech journalist Michael Malone. I read it this weekend; it’s worth your attention.

Davidow’s main argument is that the “Fourth Industrial Revolution” rubric, popularized by the World Economic Forum’s Klaus Schwab, understates what is really going on today. He sees something much bigger. Borrowing a term from the physical sciences, he calls it “phase change”—similar to water changing to ice or to steam….

What happens in a “phase change”? It is not just economic but also profound social change. “Our institutions will assume new forms and operate using different tools and according to new rules; our sense of time, space, and self will be irrevocably altered. Our memories of what came before the new epoch will be skewed and the few revenants from the past that do survive it will have limited applicability in the future.”

I totally concur with the fact that we are in a phase transition. I’ve not read this book yet but I have downloaded a sample on Kindle just to see if the first few pages resonate. But I’ve been saying a similar thing. The last phase transitions were went to went from hunter gatherer to farmer in the Agricultural Revolution (beginning of cities) and then from farmer to industrialist in the Industrial Revolution (and the Scientific Revolution). I have been saying our next phase needs to shift us to an Ecological Civilisation, or perhaps a Quantum Civilisation. It involves looking at the world in a totally different way, and employing more self-organising and decentralised technologies and organisation than today. I think its bigger than the authors Autonomous Revolution, but as I’ve not read the book (yet) I cannot say.

The Covid-19 Pandemic (which might be unavoidable now) will highlight some of the fundamental flaws of our current – and dying – industrial system. One of the biggest problems is that its not resilient. A truly resilient system would quickly bounce back from shock, perhaps even stronger than before. This is not what our system looks like.

I’ve said it so many times but if aliens came down to earth and looked at our system of global production, trade, and transportation (let alone our financial system) they might be quite perplexed. The thing is, we’ve been brain-washed by the current narrative into thinking that if something is to be done at scale, it must be centralised, even though nature has been doing it differently for billions of years.

In fact, the blog Of Two Minds did a great job in highlighting some of the key vulnerabilities:

“If we asked a panel of business executives to imagine a global system optimized for vulnerability to external shocks, they’d likely include these characteristics:

1. Long global suppy chains, four, five and six layers deep, so those in the top layers have no idea where parts and components actually come from.

3. A global supply chain dependent on hundreds of financially marginal factories and suppliers who do not have the means to pay employees for weeks or months while the factory is idle.

4. A global supply chain dependent on hundreds of financially marginal factories with high debts and expenses that will close down and never re-open.

5. A global consumer economy dependent on the permanent expansion of debt.

7. A global economy burdened with overcapacity.

8. A global economy dependent on “the wealth effect” of rising stock and housing markets to fuel spending, so when these bubbles burst spending evaporates.“

Covid-19 will start to show these problems, especially with global supply chains, but if it kicks off a recession and then global financial crisis it might help highlight all of the above issues.

Going back to problems with supply chains, living in Asia, Ive seen smaller versions such as the fear that the global chip industry would run out of epoxy resin after the 2011 Fukushima Tsunami: two Mitsubishi Gas factories made most of the world’s supply!

Fortune magazine has written some articles on the supply side shocks which have already commenced.

“As coronavirus continues to spread, the region of China most heavily affected by the outbreak is a hub of global supply chains. A new Dun & Bradstreet study estimates that 163 of the Fortune 1000 have tier 1 suppliers—those they do direct business with—in the area. And 938 have tier 2 suppliers, which feed the first tier.

“That’s where it becomes troubling,” Nelson said. “It’s going to be that [item] where only one plant is qualified to make that and it’s going to interrupt a whole production line.”

Today we saw a horrendous number in the China Business Conditions index, highlighting the magnitude of the problem. Only a third of China’s workforce is back at work post Chinese New Year!

Foxconn, which makes Apple’s products, is offering up to $1000 for workers to return to factories. That highlights quite some desperation.

And of course, we will see supply side shocks all around the world if it’s not contained. The Director General of the WHO today suggested it could still be contained. But it is his job to promote pre-emptive action but not fear. He’s not going to tell you what he really thinks. A top official at the ministry of health in Korea threw himself off a bridge today.

Anyway, this wasn’t meant to just be a pessimistic post.

On the contrary, it’s could be an optimistic one. Although shorter term I am fearful of the pain and suffering caused by the coronavirus, longer term it will accelerate the emergence of a new system. I am still convinced that we are not in the middle of just another Industrial Revolution. Decentralised and self-organising (eco?) systems are on their way. More products will be made locally in the future harnessing 3D printing and other such technologies and harnessing new breakthroughs in energy technology, eventually very advanced ones like quantum tunnelling or hydrogen as well as solar. We will stop transporting goods pointlessly around the planet primarily to take advantage of tax codes or wage differentials. And this new civilisation could be the one which overcomes our ecological crisis – because I don’t think the solution is just a carbon tax!