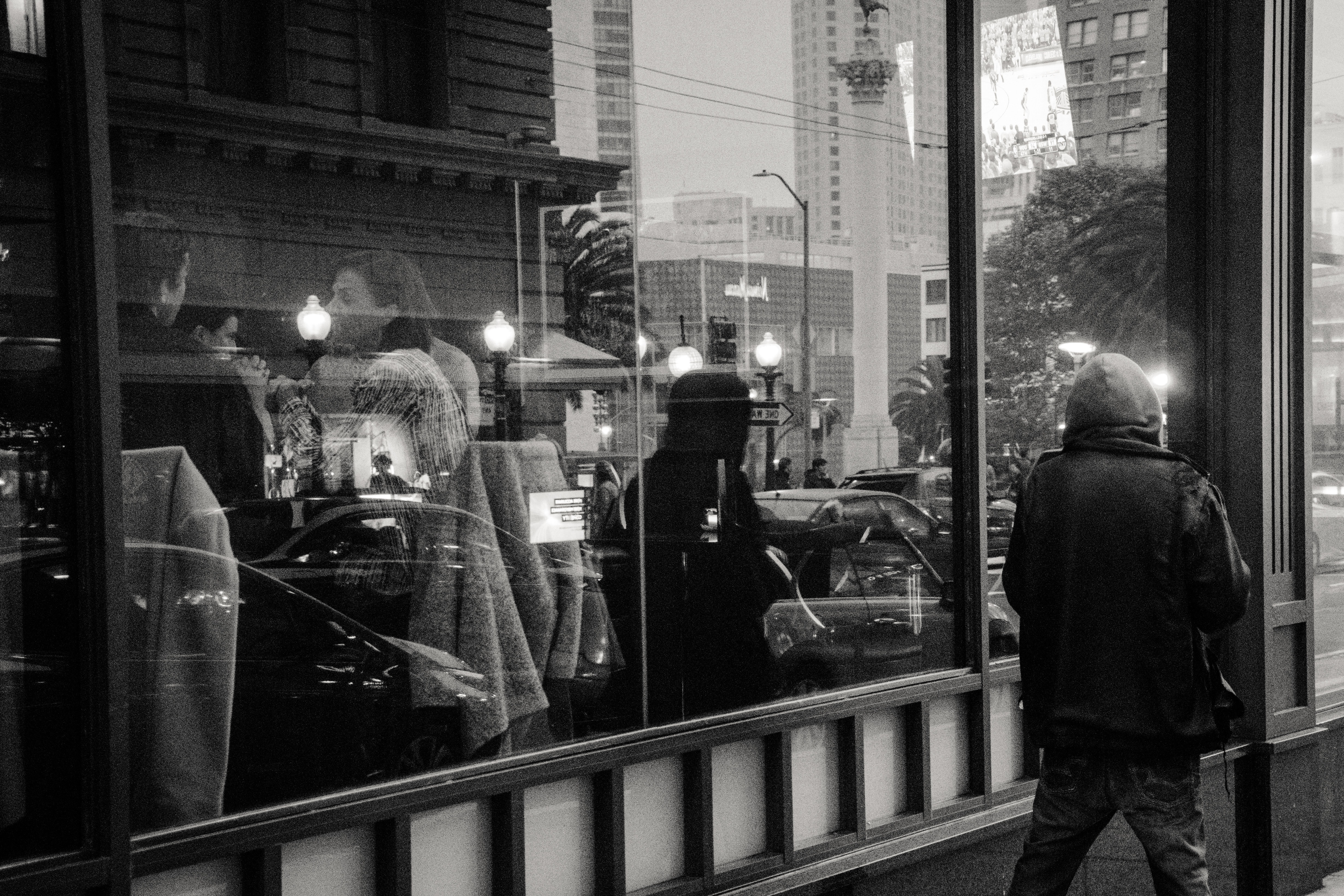 Beauty and Pathologies of Silicon Valley

I do love my visits to San Francisco and Silicon Valley. In fact, as I sit in a crowded tech cafe on Chestnut I am feeling eternally grateful to my friend and fellow Co-Founder of Mind Fund, Adam Lindemann, who first introduced me to this world. We flew off to San Francisco in 2011 to attend Tech Crunch with much enthusiasm to find not only good investments, but to find companies which had the potential to do good in the world. Although it wasn’t my first time in San Francisco, I will never forget wondering down the teeming Chestnut St, sandwiched between the Marina area which overlooks the Golden Gate bridge and Pacific Heights. Generally that’s still my to-go place when I stay in San Francisco. Every cafe was inhabited by tech entrepreneurs beavering away on their laptops or groups of people animated about their latest start up or passion. And in the morning I could run along the Marina and see the Golden Gate. This was a shot from one such run around the time of the full moon. After I went to my first Techcrunch Disrupt (a conference) I fell in love with the place.

What I loved about the Bay Area – and California more generally – is that if you espouse an idea for a business plan or a future aspiration, few people shoot you down. A typical reaction was ‘awesome’ and often followed by clarification questions or helpful ideas to make it a reality. At times in my life I often had ‘big’ ideas. I’ll never forget on my 21st Birthday party I declared that I would become fluent in the Japanese language (I spoke none) and then go and work on the Tokyo Stock Exchange in Japanese. All but one of my friends said it was unrealistic and gave me reasons what it wasn’t possible or even lunacy. Actually after I achieved that dream within just a few years, I realised that it wasn’t such a big dream after all and I could do much much more if I dreamed big and worked hard.

But Where Are We Heading?

But there is a darker underside to the Silicon Valley mindset. A writer, Po Bronson, wrote this hilarious allegory about the way Silicon Valley operates in a recent Medium post:

“It’s kinda like this: Imagine a huge work crew shows up in some suburb, and they start rapidly digging up the streets and parks and pile-driving huge beams into the ground at 10x speed.

People come out of their houses and wander around asking the workers what the hell they’re doing and what is it, what are they making? One worker tells people he’s reinventing the elevator, it’ll be a “gravity consistent experience” that’ll allow infinite height. Another worker tells the residents he’s reinventing the fuel system using just water and aluminum to make 110% renewable power. A third says he’s putting in the world’s most advanced vivarium for historic species. The residents are confused, because every project sounds cool, but not one worker can begin to explain what the whole contraption is going to be. Most of the work crew doesn’t even know what the next guy is doing.

So finally they find a manager, but he only knows what has to get done this week. He’s going on vacation after Friday and another manager will handle next week’s build, and he has no idea what’s in next week’s work order.

The residents ask him, “From the direction you’re tearing up the ground and building, it kinda looks like, by Friday, whatever you’re building is headed straight for that section of townhouses over there.”

“Oh yeah,” he says. “All those townhouses will be gone by Thursday morning.”

“But where will the people who live in those townhouses go?” they ask.

He has no idea. The townhouses are gone a day early.

Then the residents notice that all the materials arriving are in boxes from a guy named Jeff. So Jeff must know. But they find Jeff and he says no, he just does the deliveries. Then they hear there’s some guy named Bill. They call him, and he says he’s not responsible, he’s got nothing to do with it, he’s in Africa. Then they hear about a guy named Steve. Then they find out Steve’s dead. And it reminds them all of that battle scene in Apocalypse Now at the Do Long Bridge, the last outpost before entering Cambodia. Captain Willard, played by Martin Sheen, asks the gunman firing randomly into the dark, “Who’s the commanding officer, soldier?”

It infuriates the residents that nobody can tell them what this monstrosity is going to be. Then the local factory where many residents work is leveled to make room for the gigaheliscope.

“So if the factory is gone, where will they work? What will they do?”

“I don’t know,” says the manager on duty. “But don’t you love riding the elevator where your ears don’t pop and the floor never seems to fall out beneath you? Don’t you love getting to go into the vivarium for free and petting the new animals we’re creating with directed evolution? Aren’t you excited that it’s powered with 110% renewable energy?”

And they are amazed and they do love the elevator — and the vivarium, and the rocket launcher, and the mysterious glass oracle in the lobby with the black hole that sucks all memory of the last 24 hours out of their brains.

But as the wondrous contraption of a building continues to climb into the sky, and more apartment buildings are razed, and more people disappear … still nobody knows what it will be.

Everyone is so busy pursuing their own individual goals they often forget about the collective outcomes. And they forget that underlying intention – or direction as we say in Zen – is critical.

Basically Silicon Valley has its own Gods, and its to these people move, as eloquently written by Gaymon Bennett:

“ON JAN 9, 2007, STEVE JOBS stepped onto a stage in San Francisco, his trademark black mock-turtleneck blending with the shadowed backdrop, his clipped hair and lean countenance offering a monk-like silhouette against the screen.

Jobs stepped forward and raised his arms. And there it was, almost inconspicuous in the palm of his hand. “Today, Apple is going to reinvent the phone … here it is … the iPhone.” Naming a new god.”

Notwithstanding the many meaningful interactions I experienced, I also had many meetings where people would just excitedly give their pitch, just talking at me and totally oblivious to body language or visual clues and ignorant of my needs. People also often speak at 200% the speed I now speak and I often can’t even follow them as they through out a sequence of buzzwords (despite being in a pretty complex industry in a past life – hedge funds). The focus is 100% on building something, anything in many cases!! Often the deeper question – why? – hasn’t been asked. Or if it has, it has only been superficial. It’s often enough to say that one is part of ‘save the world movement’. Its quite remarkable how high the concentration Aspergers is in the Bay Area. Now many might say, what’s the problem with that? I would say that if you’re an engineer it might not be such an issue. But if you’re now a business leader making decision that will affect the lives of millions, if not billions, of people around the world, it could be important to be able to have deep dialogue with others. Many of my friends – particularly women – complained about this phenomenon. This is why we need more women in tech, as well as emotionally intelligent men!H

In addition to those in a rush to build something, I’ve also had glimpses of very talented people who are suffering from the massive expectations to succeed placed upon them by this society and themselves. Many feel empty and pressured in to do something even though they suspect its in alignment with their bigger mission in life. Quite a few people opened up to me who were anaesthetising the pain in some ways – total workaholism, popping pills, smoking pot or drinking too much. I know these worlds well. There are those who cannot keep up materially and they are out there on the streets. But there is huge suffering inside all those buildings of VCs, co-working spaces and beautiful Unicorn buildings.

HG Wells in his 1902 talk at the Royal Institution in Mayfair called “Discovery of the Future” discussed the idea of there being two prevalent mindsets in the world. One was backward looking and the other one was the futurist mindset which saw the world as a workshop. It is for that I love the Bay Area and California. I would love to spend more time there and help support some of these leaders who could do great things.