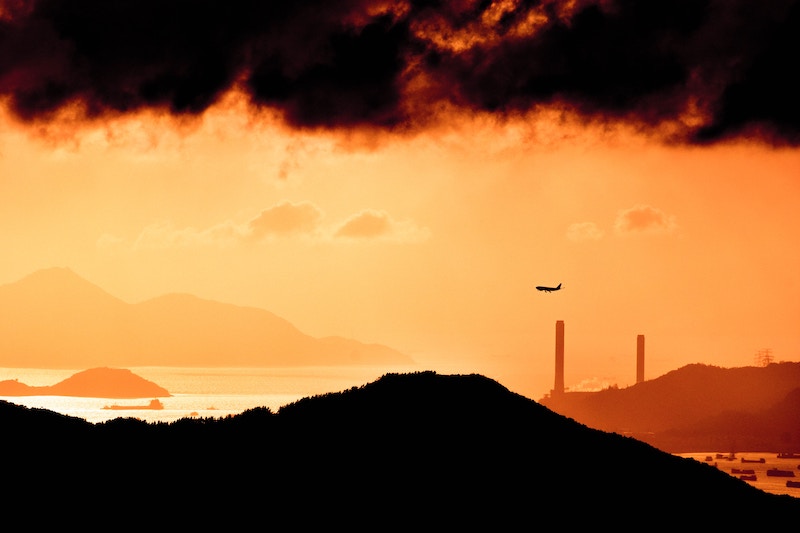 Today there is speculation that Carrie Lam, the Chief Executive of Hong Kong, will be replaced by Beijing next year.

I’m currently staying on Lamma Island, a somewhat chilled out fishing village and one of 262 islands of the Hong Kong Archipelago. The main reason I am here is that it has a particular vibe conducive to writing and reflecting, there are no cars and the people are incredibly friendly. Some people here regard Hong Kong Island / Kowloon as a separate country! But I don’t see it that way. It’s merely a rural part of Hong Kong, and the gap might be like between central London and Hampshire back in the UK. The other interesting fact about the island is that it has the highest concentration of poisonous snakes in Hong Kong, including large pythons and cobra. I’ve been dying to see one although not too close up. But I’ve seen loads of frogs, dragonflies, rare-looking butterflies and saline. So the place is teeming with life. I was talking to a local at a beach party the other day, whilst she puffed a spliff and was checking her cellphone whilst wading in the ocean, and she said that the Japanese brought a lot of the poisonous snakes with them as they had some form of research lab on the island. But I don’t think Lamma is as bad as ‘snake island‘ where humans are banned due to the high concentration of snakes – .

Most non-residents (and many residents) don’t realise how interesting and how diverse the Hong Kong territory really is. Nowadays, with the way geopolitics is playing out a lot of people have moved across to Singapore. Singapore is an amazing place to live, but its a lot more urban than Hong Kong now.

This morning when I was doing a run and then a meditation on the beach, I ended up chatting with a 34 year lady , Sophia, who had been swimming remarkably far out in the ocean. As soon as the topic got on to what I do for a living – a futurist – she started to grill me about the future of Hong Kong, with a very concerned look on her face! Just to clarify, most of the time Hong Kong is functioning perfectly normally. The protests are almost like bad weather with afflicts and paralyses the city for a moment, and then things start moving again. Of course there is damage and vandalism , unfortunately, but the city is generally functioning despite what you might see on BBC or CNN. I’ve heard some commentators call the place a war zone! However, what IS true, is that there is a psychological war transpiring. Stress has been palpably building up in the city for years. And one month before this bout of protests began, I added a slide to my presentations forecasting a coming 2020 crisis in Hong Kong (I was a bit too early). My rationale for foreseeing the current crisis, included these factors:

There is a lot of frustration in regards to inequalities and economic prospects, especially amongst the city’s youth. This article highlights some key points:

“An Oxfam report released at the end of September clearly demonstrates that the city’s economic and social divide is entering a danger zone in which enmity and resentment against a government that callously disregards people’s interests could well become the prevailing political passions for the grass-roots Hongkongers of our time.

The United Kingdom-based charity’s 60-page Hong Kong Inequality Report paints a stark and shameful picture of a first-world city with a third-world mentality toward the disadvantaged and the poor.

Sadly, the report also makes clear that the Lam administration, like previous governments before it, does not have any serious policy answers for addressing an alarming wealth gap that is the highest since records on economic inequality began 45 years ago….

…In addition, the report calls the government out on its miserly minimum wage, currently HK$34.50 (US$4.40) per hour, with an expected increase of a paltry HK$3 in the coming year. No one can live on that.

In today’s Hong Kong, according to the government’s own figures, the wealthiest households in the city amass 44 times the monthly income of the poorest families. Thus, the working members of an indigent family would need to plug and sweat for nearly four years to earn as much as one of Hong Kong’s renowned tycoons pockets in a single month.

Using the widely accepted Gini coefficient—an index from 0 to 1 that measures the wealth gap (total assets minus total debts) between the haves and have-nots, with 0 representing absolute equality and 1 absolute inequality—Hong Kong is one of the most unequal societies in the developed world.

As of last year, the city’s Gini coefficient stood at 0.539, the highest it has been since the measurement was first introduced more than 40 years ago. That compares to 0.4579 in Singapore, the longtime rival Asian city now outstripping us on so many fronts, and to 0.411 in President Donald Trump’s let-the-poor-be-damned United States.

On the surface, this is where the protestors are focused. Many peaceful demonstrators in Hong Kong favour the One Country Two systems approach, and are worried about falling civil liberties and freedom of speech as we approach 2047. On the one hand, I couldn’t help marvel at the 2 million demonstrators who showed up early on the the protest movement. It’s sad to say that few of my Western friends got out on the streets to demonstrate against the relentless decline in freedom of speech in the West. Just think how little real attention – and support – whistleblower Assange is now getting. However, on the other hand, as a British national and Hong Kong permanent resident I must say I get uncomfortable with protestors carrying British Union Jacks and American flags. The truth is that as a British colony we did nothing to advance democracy per se. Yes, in my more patriotic moments, I might nod my head when a Hong Kong local talks about how wonderful British rule was, and the establishment of the rule of law, an independent judiciary, a quality police force, efficient bureaucracy and strong banking system. But we did not introduce any form of universal suffrage. There are actually more elections now under the Chinese. I suspect, that if some of the socio-economic issues and the cultural divide weakens, this might not be as hot a topic. But there are things Beijing could back down on without opening the door to separatist movements.

From my perspective there appears to be an enormous gap between the mainland and Hong Kong. In some ways, the Hong Kongese are closer to the West, or at least to the non-PRC cities of Asia like Tokyo, Taipei, Singapore and Bangkok. On the surface it looks like they are all Chinese. If a Westerner arrives in Hong Kong and goes to a traditional restaurant on a Sunday, he or she will see all the locals on big circular tables surrounded by family pursuing an ancient tradition. All speaking a dialect of Chinese and enjoying Chinese food and tea. But many Hong Kong Chinese haven’t learn so much about Chinese history or philosophy. When they tried to introduce the Moral and National education back in 2011 there was a huge uproar and the government backed down. But there should be more understanding of mainland China. Perhaps it would be less controversial if they stuck to the Pre PRC history.

When I first arrived to live in Hong Kong, the local Hong Kong Chinese were jut starting to taste the fruits of another wave of growth induced by mainland China. For a period, they seemed to put their fears and anxieties and discrimination vis-a-vis the mainland in abeyance. But now quite strong feelings are erupting again.

Like many issues around the world today, people have very strong views and I appear to occupy a minority middle ground. I see where there is no common dialogue and understanding. It’s not black and white.

There are many possible futures one could map out. If Carrie Lam is indeed replaced it will one meaningless unless a new positive story is created around it. The Hong Kong government could easily ratchet up the efforts on the housing front, launch an investigation into police conduct (even if most officers have been quite restrained), and make some announcements on opening up the vote. This would make a change in leadership more powerful otherwise it will merely be seen as cosmetic. There is still a meaningful tail risk that the extremist protestors will go too far and some tragedy ensues. Or the police make some large error of judgement and deaths ensue. I wouldn’t totally rule out the involvement of the PAP (Peoples’ Armed Police) in Hong Kong in such a case. But there is still quite a few things the Hong Kong police can do. But I have to say the current protests certain could be sustained for a good while longer.

Another Future – Hong Kong and Trump force liberalisation of China

There is another alternative that with the recent pressure on China from both the Trump administration and also from the protestors in Hong Kong, China starts to resemble Hong Kong more than Hong Kong becomes Chinese. Since China’s accession to the WTO, many in the West are disappointed that China didn’t follow the international liberal order in many regards. But perhaps with the unprecedented pressure now, the trajectory has already shifted and could break in a new direction. Today UBS has followed HSBC in signalling it will also have a majority-controlled subsidiary in China. Historically one had to give up power to a local JV partner. I am not saying this is the base case scenario but its a possibility. I suspect, if Trump-Xi get it together on the trade talks you might also see less negative press towards Hong Kong , and resources focused on problems there.

Hong Kong is an amazing place, one of the greatest cities on Earth, and the current turbulence might all be seen as a short term aberration when history looks back. The people are generally hard working, very kind in many ways, and it’s a mercantilist economy at heart. The market is the DNA of Hong Kong. With it integrating into the Greater Bay Area and the Silicon Valley of China (Shenzhen) as well as the Las Vegas of China (Macau), and assuming China’s longer term ascendence (even if its hit an air pocket now), there IS a long term story. I’ve seen Hong Kong written off on the front cover of many magazines in the past – prior to the handover back to China and during SARS etc – so whilst I was fully expecting this current crisis I haven’t written it off. It is still likely to be one of the worlds greatest metropolises in 25 years time.