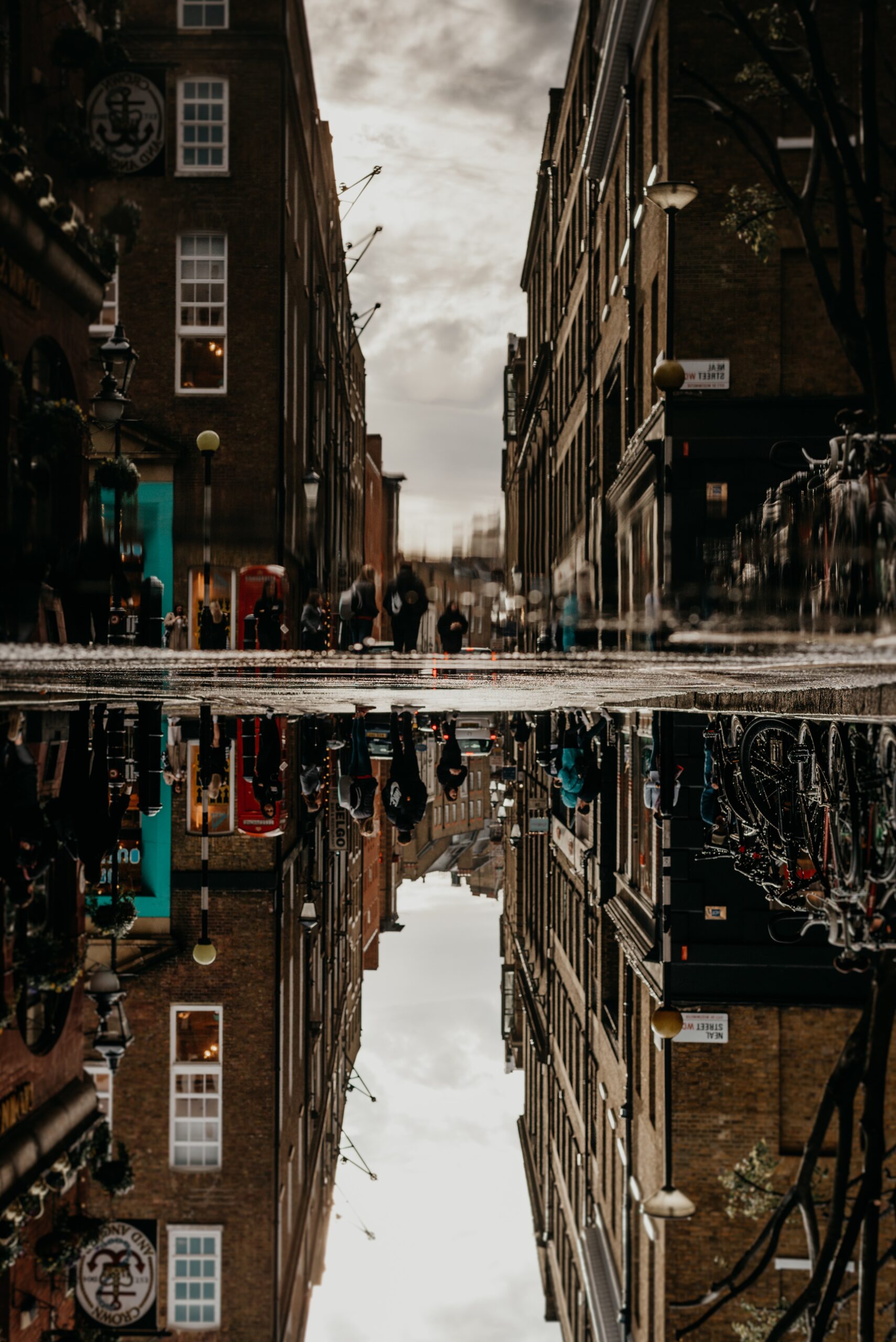 Walking through a liminal realm

I am still in London. For some mysterious reason I yearn to wander around the backstreets of this ancient and modern city. Like I used to when I was a student. Perhaps I will drop by some old book stores in Russell Sq or by the British Museum. Or soak up some of the energy of Covent Garden. But most likely I will wander.

When I move around the country, I feel we are in some strange liminal realm. Our old world is crumbling but I don’t think that most people have truly grasped this even if they talk about the ‘new normal’. They have no idea what’s in the pipeline. We are living at the end of a major economic debt cycle, at a moment where a crumbling Empire is being challenged by a rising power, where wealth disparities are so large that revolutions are all too likely and the entire Western civilization is facing its Berlin Wall moment. Yet an enlightened star-trek civilization is also entirely feasible on the horizon. But transition is never easy. The old has to come down.

I am less and less interested in debating system change at the moment: the future utopia. We have plenty of great systems. My focus now is the transition. How does one charter a course in the mayhem, as banking systems fail, martial law comes and goes, as revolutions erupt and a Cold War intensifies?

Should one fight even bother fighting the breakdown?

I see it as our friend. The dissolution of the old paradigms. Why bother arguing with people on social media. The truth is going to be revealed. Better to be nimble, adaptable and in the moment. Ready to help whoever is in front of you and needs it.

More than ever, I am grateful of a way of seeing and experiencing the world that first touched me over 20 years ago when I started studying Japanese not far from here in Russell Square. Little by little, the Zen way began to permeate my life, I began to saviour the spaces between words and the glimpses of silence one might experience. What was experienced in a tea ceremony or ancient temple came with me into my everyday world. Finally life crisis accelerated my path when I began to learn formally from a school established by a Korean Zen Master , Seung Sahn.

For whatever reason I am back in my native country in 2020 as it faces a convergence of crises. And despite all the great ideas that I think I might have about the future, the only moment I have now is the present one. As the future appears to be coming at us faster than ever – and we risk experiencing more of what the late Futurist Alvin Toffler described as ‘future shock’ – it appears that the ancient way of Zen is more pertinent than ever.

Alan Watts once said that ‘no valid plans for the future can be made by those who have no capacity for living now’. I have been warning about tsunamis of change for the last decade and here we are in the sci-fi world of 2020. But as I walk around London and see people wearing masks and observing the new rules, I wonder whether they realise that a new sets of normals will keep exploding into their lives. It doesn’t end with masks. The most important thing is to get really present to the now. To drop all our opinions and likes and dislikes, resentments and fears. Then act from the deepest place within us. That way, one has the greatest access to the versatility of wisdom.

One of the more memorable things that Zen Master Seung Sahn left us with was his comments on moment world:

“Talking about opposite worlds or absolute world or complete world is an intellectual style where more explanation, more analysis becomes necessary. Zen only points to the moment world, the world of this moment.

A lot of people in spiritual, new age and ‘progressive’ communities pay homage to buddhism. But in reality it’s a very radical and subversive path. It invites you to drop everything, to stop believing the noisy back seat driver. This leaves you in a place of great vitality and aliveness compared to the deadness of the mind. But the intellectual mind has a complete stranglehold over this country, and most of the West. So they prefer to talk about buddhism.

I am sitting in Polo Bar next to Liverpool St station in the heart of the City of London, the epicentre of the world’s financial system and where my career began. Its totally devoid of that normal stressful finance-feel. The music is upbeat here inside and people keep streaming in to sit on tables around me. One man said he was suffering from a vaccination he had taken this morning and needed a shot of something. He spoke to the man next to him who was reading the Guardian and explained that he doesn’t normally do shots at breakfast. I took a call from Bangkok where I am coaching a friend and amazing young woman who is learning the joy of singing her song by dumping the baggage of the past. By being herself she is beginning to light up places she goes to. Whilst we were speaking, three friendly and rowdy construction workers came in to drink tea and eat bacon and egg butties. They all looked lit up and happy. Then as we finished up the song by Lady Gaga and Bradley Copper – Shallow – shook the room.

What a fascinating movie. I always thought that we all have an Ally Main (Lady Gaga) and Jack (Bradley Cooper) within us. Which one do you embrace: the gifted star within or the fearful Jack? My friend is embodying the Star.

”Tell me something, boy
Aren’t you tired tryin’ to fill that void?
Or do you need more?
Ain’t it hard keeping it so hardcore?’

I spent many years trying to painfully fill that void, until I surrendered into life and into my gifts.

My Welsh friend Scott called, the son of a wealthy entrepreneur and a generally all round good human being. He wants to visit a temple, shrine or just go and sing with the Hari Krishnas. I had planned to look at macro trends in financial markets as I am due to be on a podcast this weekend with financial author and fund manager Tim Price. Like everything else, financial markets are in a liminal zone. Whilst some economic data is the worst in 150 years, markets break to new highs. There are huge contradictions everywhere; nothing makes sense. At least if you are stuck in the old paradigms and stuck in your mind.

Time to wander around London I think, and take some backstreets. You never know where you might end up.