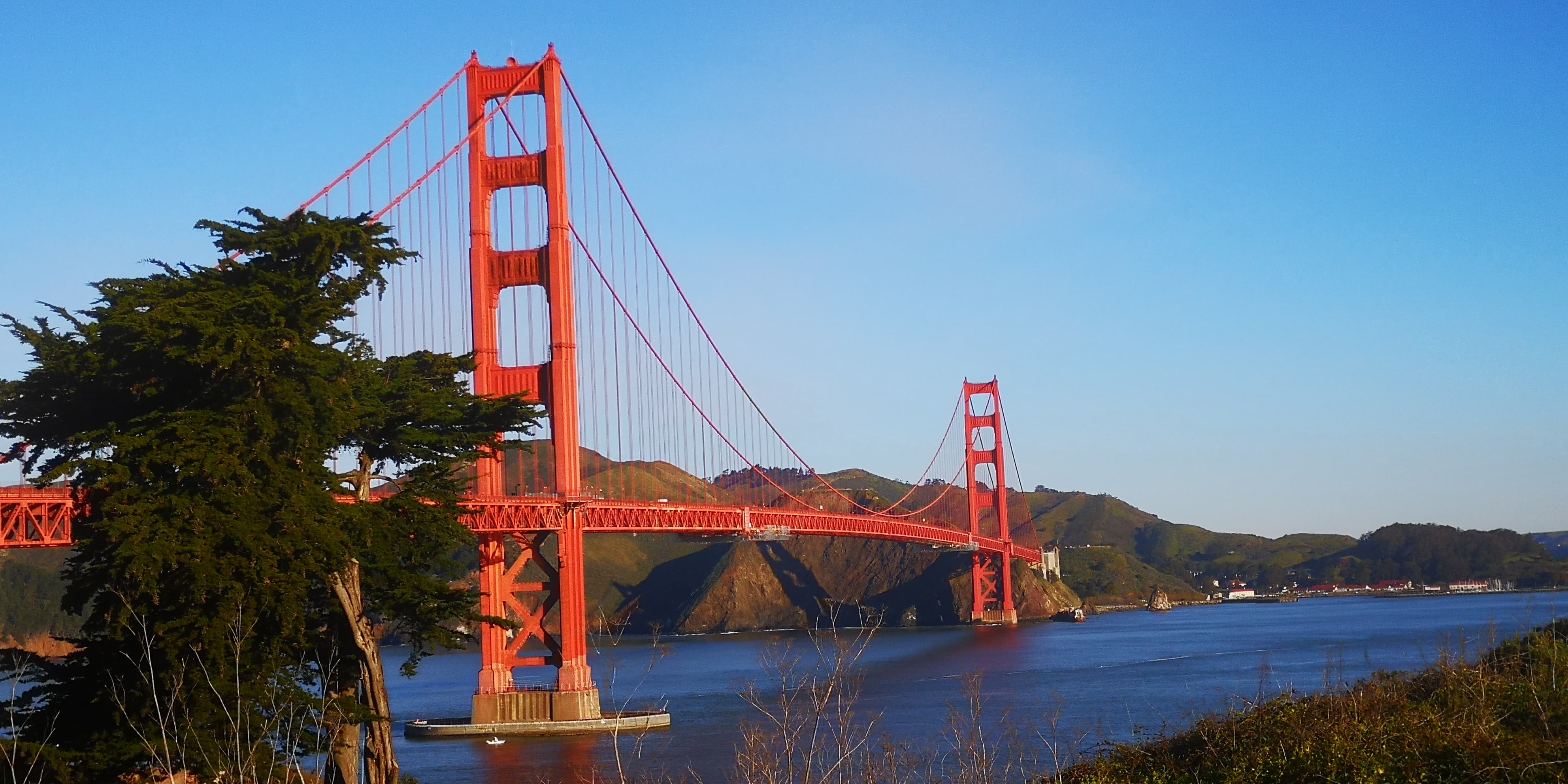 This morning I set off on a 30 minute run along Marina in San Francisco with the intention of coming back and doing some more writing. I got back about 4 hours later but had the most spectacular day!

I got to the the base of the Golden Gate bridge and thought why not just cross it. It was a blue sky day and I was in need of some inspiration. At that moment I was suddenly out of a dreary schedule and on an adventure! I crossed the bridge, witnessing stunning views across the bay, and even saw some small sharks and I think a seal below. I got to the other side and decided to push on with my adventure, and after liaising with a very helpful and polite police officer, I took a path along the other side towards Sausalito. The path said it was another 5km or so. I’d throw away my plans so it was ok.

I find my walks in nature and even urban adventures are always good metaphors for life. The Golden Gate bridge was an opportunity, a portal, a gate to the unknown. We are often presented with hidden and sometimes gaping wide open gates into adventure, the new. And we often turn them down sticking to the original plan. Sometimes there is wisdom in that, but very often not! Joseph Campbell told us to “let go of the life you planned, and live the live thats waiting for you.”

Along the way to Sausalito I had some pleasant interactions with people as well as taking in the awe inspiring views. A ‘good afternoon’, a quick chat with someone to whom I asked directions , or just a smile. After the expedition finished in the fine little town, which overlooks the San Francisco skyline and the Golden Gate Bridge, I had a cappuccino and enjoyed some upbeat music played by a homeless man by the ocean front. We ended up having quite a chat and I found a youtube video about the musician and his crazy dog. It was a lot of fun as you can see from just 30 seconds of this clip. But we did have a meaningful conversation. He said he’d gone from nothing to being a millionaire to homeless again. And whether you have nothing or a millionaire dollars, you always have a million things to worry about.

It turned out that I had an incredibly inspiring day, was able to digest some of the insights I had and so be in a better position to write what I intended. We often think in linear and industrial mindsets; the more minutes I put in the more output I get in a correlated way. But this is often not right; I am already blasting through this blog in record speed and I know there is other writing I will do quite quickly.

But more than that I was reflect on my purpose in life a little more. Its so easy to lose one’s direction, and sometimes its quite subtle. Last year when I did a walkabout across Snowdonia and climbed Cadir Idris in the UK I had a revelation; that my career as a futurist was meant to not not merely be as an analyst. I am called upon to look at trends and yes use data, but also to use my intuition and imagination more and more. Then – most importantly – I was to write and speak to the human heart and soul. In the first half of my career, of course I had used intuition and imagination but I always had to express my views as analysis, to translate the findings in to the language of the mind, the intellect. Last year was a clear transition for me and that moment came clear at the mystical Cadir Idris. So today’s adventure powerfully reminded me of that.

One never knows where an adventure might lead. But so often I have ignored a small open gate and marched on with my own plans, which led to nothing, except a frustrating niggling in the back of my mind; “what if….?”