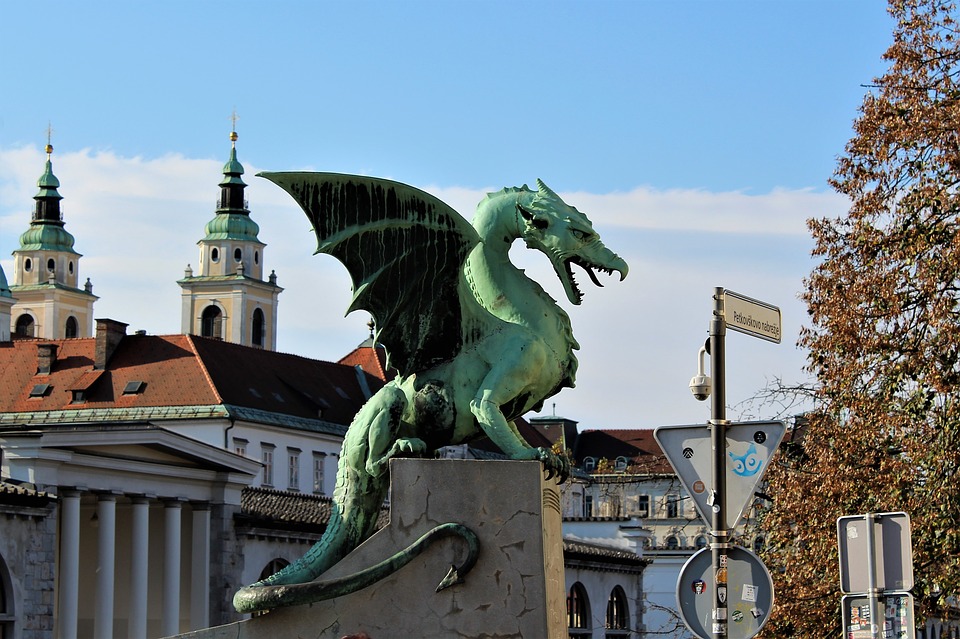 This week I attended and was guest speaker at an event called Becoming Exponentially Human organised by my two friends Julia Von Winterfeldt and Dijanna Galijasevic in Ljubljana, Slovenia. It was a workshop on finding your purpose.

I had a fascinating synchronicity, an hour or so after I booked my flight to come here (which was completely last minute). I was in a cafe which happened to have a book shelf with books to buy. I looked at about 4 books , all of which I’d ordinarily buy as they hit all the normal criteria, but I intuitively rejected them all and selected a fifth called Veronica Decides to Die by Paolo Coelho. A couple of pages in it says “Where is Slovenia?” The music the abruptly changed in the cafe to something rather dramatic – and very personal to me, as it was a song my late sister often sang – and I realised the entire novel was based in Slovenia. Now I was really excited to be going to Slovenia, I thought, and I had certainly made the right decision to proceed. At least thats how it felt.

As I started to go through the book I was wondering whether now it was going to actually put me off – because it was about Veronica who is puta mental institution after attempting to commit suicide. Damn, I really don’t need to be reading a depressing book. However on the contrary it was quite inspiring. It turns out that a lot of people inside the so called ‘madhouse’ aren’t so mad. There is certainly a theme through the book that collective madness is called sanity!!

I remember a page in the book where the doctor describes the use of neckties. Veronica asks “what is reality?” And the doctor answers “Its whatever the majority deems it to be.” He asks what is around his neck and she says it’s a tie.

“Exactly. You answer is the logical, coherent answer an absolutely normal person would give: its a tie! A madman, however, would say that what I have round my neck is a ridiculous, useless bit of coloured cloth tied in a very complicated way, and which makes it harder to get air into your lungs and difficult to turn your neck. I have to be careful when I’m anywhere near a fan, or I could be strangled by this bit of cloth.”

Veronica finds that in the institution patients are actually liberated from having to conform to societal norms (or societal madness!) and many are quite happy. They are free to be themselves. Many don’t even want to go back out into the world!

It really is a big topic in my life. For me, one of the real journeys of life is to ‘know thyself’ as it says at Delphi. To really know your true essence, and be that. Or as Carl Jung said: “the privilege of a lifetime is to become who you truly are.” Yet from a young age we learn conformity. And it’s in this oppressive conformity many people do become sick.

The other key theme of the book is the power of death. The longer Veronica is in there and she thinks she is about to die, she wants to get out and really live life again. She asks the doctor permission to leave:

“I want to leave here so I can die outside. I need to visit Ljubljana castle. Its always been there and I’ve never had the curiosity to go and see it close to. I need to talk to the woman who sells chestnuts in winter and flowers in the spring. We passed each other so often , and I never once asked her how she was. And I want to go out without a jacket and walk in the snow, I want to feel what extreme cold feels like, I, who was always so well wrapped up, so afraid of catching a cold.

In short, Dr Igor, I want to feel the rain on my face, to smile at any man I feel attracted to, to accept all the offers coffee men might have for me. I want to kiss my mother, tell her I love her, weep in her lap, unashamed of showing my feelings because they were always there even though I hid them.

I might go into a Church and look at those images that never meant anything to me and see if they say something now. If an interesting man invites me to a club, I’ll accept and I’ll dance all night until I drop. Then I’ll go to bed with him, but not the way I used to go to bed with other men, trying to stay in control, pretending things I didn’t feel. I want to give myself to one man..to the city, to life and, finally, death.”

During the week, after having read this book and then participated in this workshop about purpose, I wondered whether one of my life role’s is to be like Veronica and ‘mad’ enough to be me and inspire others to follow their authentic path. And to not just play out their uniqueness in the confines of their imaginary world (the mental home) but to go out there and do it in the normal world.

But to be true to ourselves, something inside us needs to die. In the end, Veronica did experience a death and rebirth. Something we all need.

I say that this was all a synchronicity, not merely because the book was written about Slovenia , but because some of the themes of the week turned out to be finding your true self, fighting against conformity and rebirth.

I will write more on the road.