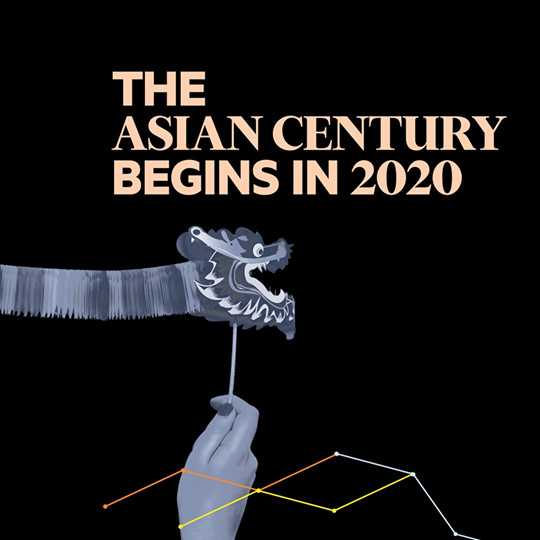 At the end of last week the Financial Times has run with an article – or series of articles – about the Asian Century kicking off in 2020. They are not the only institution to be making that bet. An acquittance of mine – Parag Khanna – is running around the world promoting his (rather good) book “The Future Is Asian.”

I’ve been based out of Asia since the 1990s, although shuttling back and forth with the US and recently Europe again. And this topic really intrigues me. This is what the FT had to say:

“Economists, political scientists and emerging market pundits have been talking for decades about the coming of the Asian Age, which will supposedly mark an inflection point when the continent becomes the new centre of the world. Asia is already home to more than half the world’s population. Of the world’s 30 largest cities, 21 are in Asia, according to UN data. By next year, Asia will also become home to half of the world’s middle class, defined as those living in households with daily per capita incomes of between $10 and $100 at 2005 purchasing power parity (PPP). Since 2007, Asians have been buying more cars and trucks than people in any other region — by about 2030 they will be buying as many vehicles as the rest of the world combined, according to LMC Automotive.  Leaders in the region are beginning to talk more openly about the shift. “Now the continent finds itself at the centre of global economic activity,” Narendra Modi, prime minister of India, told the last annual meeting of the Asian Infrastructure Investment Bank. “It has become the main growth engine of the world. In fact, we are now living through what many have termed the Asian Century,” he said.  So when will the Asian Age actually begin?  The Financial Times tallied the data, and found that Asian economies, as defined by the UN trade and development body Unctad, will be larger than the rest of the world combined in 2020, for the first time since the 19th century. “

This is the key chart in the FT article:

There are incredible statistics in recent years. I am not sure Americans and Europeans fully comprehend the move which has been transpiring:

“Vietnam, one of Asia’s fastest-growing economies, has overtaken 17 countries in a ranking of economies in PPP terms since 2000, including Belgium and Switzerland. The Philippines is now a larger economy than the Netherlands while Bangladesh has overtaken 13 other economies in the past 20 years. “

First and foremost I think its great that many nations are breaking out of poverty.

Second, I have long acknowledged that the centre of economic power has been shifting Eastward and slightly South as well. I have had front row seats watching the Asian miracle from the mid 1990s.

Third, I am not entirely convinced by black and white arguments in most cases. “Asia good: West bad” does seem a bit simplistic and I do think its always a bit more nuanced. Some amazing things are still happening in Europe and the US. In Europe fundamental research continues as well as very cutting edge ways of collaboration in a very diverse society. And the US remains a technology power house and a vast power, if not Empire. One must also recognise that the West was absolutely integral to Asia’s recent growth. The powerhouses of Japan, Korea and now China could not have grown so explosively if they didn’t have Western technology and financing.

Fourth, my great concerns for the broader West are social cohesion, corruption and a break down in Western values. And secondly, the financial bubble and debt. These and other challenge the West. Its entirely conceivable that the West is in decline ; and my point is that it doesn’t need to be! The West needs to start looking after the working and middle class, ASAP instead of just denouncing ‘populism’, ‘nationalism’ and even ‘racism’.

Fifth, I have been guessing that the US breaks down from 2016 to 2025 or so but emerges from the crisis: its still a young natio and has the capacity to overcome what’s in the pipeline. This analysis fits in with the rare Western historians who have looked at cycles of history – instead of merely linear development – such as the book “The Fourth Turning”, which was followed by quite a few influential US politicians. But it will be met with an even more emboldened China by the end of the decade, 2030.

Whatever happens I do think that the West must learn from Asia. This statement holds true even even if the East hasn’t overtaken the West, although it might do soon. All nations which are successful strive to learn from others. The Meiji Revolution in Japan from 1868 was a great example as the Japanese sent emissaries all round the Western world to learn about new technologies and the institutions of the West . And in the last half a century China has been diligently learning from the West and the best practices of Japan, Korea and Singapore.

I think its critical that the US and Europe wakes up. And it really doesn’t have to be a zero sum game. I am not really a fan of the very aggressive anti-Chinese stance that many American politicians have taken. But that’s an essay for another time.

Last year I wrote a chapter in a book called Moonshots For Europe about what Europe can learn from Asia entitled : “Asia as a Crystal Ball”. We launched this during the World Economic Forum’s Davos event in 2019.

And of course the really best outcome is that a global, human-centred, ecological civilisation emerges and we escape the Hobbesian-world of real politik and zero-sum-game geopolitics. Sometimes I wonder whether the breakdown of Western power is a precondition for this…even if I am not an advocate of it.